'We don't look at Canada through the adversarial optic,' the Russian ambassador to Canada said in response

The Canadian Minister of Foreign Affairs denounced the government officials that attended a Russia Day event at the Russian Embassy in Ottawa.

“This is unacceptable,” wrote Melanie Joly on Twitter. “No Candian representative should have attended the event hosted at the Russia Embassy & No Candian Representative will attend this kind of event again.”

Joly said Canada “continues to stand” with Ukraine “as it fights against Russia’s egregious invasion.”

Yasemin Heinbecker, the deputy chief of protocol at Canada’s Department of Global Affairs, was sent to the June 10 event, marking the anniversary of the country’s adoption of the Declaration of State Sovereignty of the Russian Soviet Federative Socialist Republic on June 12, 1990.

Protestors gathered outside the embassy to demonstrate against Russian President Vladimir Putin and the conflict.

“Moscow’s diplomatic mission in Ottawa held its celebration early Friday with a lavish spread of food and drinks, as well as a speech by Russian ambassador Oleg Stepanov that recalled his country’s long-standing relationship with Canada,” reports The Globe and Mail. “Guests included representatives from Pakistan, as well as Egypt and other African countries.”

Since Russia’s invasion of Ukraine on Feb. 24, Canada has issued sanctions on more than 1,000 people and organizations with ties to Russia and Belarus, according to Reuters.

On June 8, the government announced its latest set of sanctions against Russia, including a ban on services used to support oil, gas, and chemical industries such as technical, management, accounting and advertising services.

“We will continue to relentlessly pursue accountability for Vladimir Putin’s senseless war,” the Minister of Foreign Affairs said per, Euro Weekly News. “Canada will do everything in its power to prevent Putin’s ability to fuel and finance his war machine.”

A spokesperson for Global Affairs Canada said the decision to send a government representative was an error in judgment.

“Russian officials will not be invited to Canada Day events hosted by the department,” the spokesperson added, per CBC.

Russian Ambassador to Canada Oleg Stepanov released a statement saying it was customary to invite international representatives to the embassy events and that he appreciated Heinbecker’s attendance.

“We are in contact almost daily, we have a lot of issues on the daily agenda and practical issues that require solutions,” Stepanov noted, per Tellerreport. “Both I and the Minister-Counsellor, and our diplomats regularly interact with their counter-partners in the Canadian Ministry of Foreign Affairs.”

“We believe diplomacy is an all-weather instrument and diplomatic protocol is an important part of upkeeping the bilateral communications. Diplomacy is about dialogue,” the ambassador added. “We don’t look at Canada through the adversarial optic and are ready to patiently wait when [Prime Minister Justin] Trudeau’s cabinet or the next government come to understand that it’s in Canadian national interest to pursue good-neighbourly relations with Russia.”

According to CTV News, the Canadian federal government has been called by some to expel Stepanov because of the ongoing Russia-Ukraine conflict. 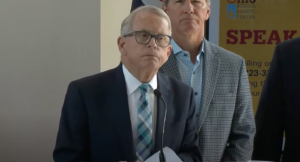