San Francisco entrepreneur and founder of the COVID-19 Early Treatment Fund Steve Kirsch said the coronavirus vaccines kill more people than pharmaceutical companies are letting on and called for an investigation into this.

“We were led to believe that vaccines are perfectly safe, but this is simply not true,” he said. “For example, there are four times as many heart attacks in the treatment group in the Pfizer six-month trial report. That wasn’t bad luck. VAERS (Vaccine Adverse Event Reporting System) shows heart attacks happen 71 times more often following these vaccines, compared to any other vaccine.”

An excerpt from Kirsch’s presentation was shared over social media:

Last year, Kirsch founded the COVID-19 Early Treatment Fund “to ensure rapid and successful completion of outpatient clinical trials for effective early treatments for COVID-19, using existing drugs.” He has been a vocal critic of what he describes as the pharmaceutical industry’s “corrupt” drug approval system and has taken to social media to publicly state his beliefs. In June, he suggested over Twitter that the vaccines have killed over 25,000 people.

When will the mainstream press ask the question, "So if the vaccine didn't kill those people, then what did? And how can you be sure it wasn't the vaccine? Can I see the analysis on the 25,800 deaths??" Is there a single reporter anywhere in the US who will ask these questions?

Reuters has reported “there is no evidence that the deaths reported to VAERS after receiving the COVID-19 vaccine are caused by the vaccine. Healthcare providers are required to report any death after vaccination to VAERS.”

VAERS was established in 1990 to act as a national early warning system to detect possible safety problems in U.S.-licensed vaccines. On their website, VAERS notes that it “is a passive reporting system, meaning it relies on individuals to send in reports of their experiences to CDC and FDA. VAERS is not designed to determine if a vaccine caused a health problem, but is especially useful for detecting unusual or unexpected patterns of adverse event reporting that might indicate a possible safety problem with a vaccine.”

In July, after facing backlash which appeared to impact his business, Kirsh took to Twitter again to express that he would be refraining from posting his “publicly shared concerns regarding the safety of the COVID-19 vaccines.”

However, later that month, Kirsch published a 127-page Google doc that explained in great detail why he thinks the vaccines are dangerous. About two months later, at the Sept. 17 hearing, Kirsch went public again with his concern. Among those who participated in the Pfizer clinical trials, he said 20 people who got the vaccine died and 14 people who received the placebo died.

“Few people noticed that,” he said. “If the net all caused mortality from the vaccines is negative, vaccines, boosters and mandates are all nonsensical. This is the case today. … even if the vaccines had 100% protection, it still means we killed two people to save one life.”

In an excerpt from the clip that circulated on social media, Kirsch said experts conducted analyses using completely different, non-U.S. data sources, and they all came up with about the same number of excess vaccine-related fatalities — “411 deaths per million doses,” he said. “That translates into 150,000 people [who] have died.”

He continued: “The real numbers confirm that we killed more than we saved. In the most optimistic scenario, it means that 50% of the vaccinated people died and zero percent of unvaccinated people died. Unless you can explain that to the American public, you cannot approve the boosters. … It’s pretty clear that the Pfizer trial results were gamed. It’s statistically impossible for protocol violations to be five times higher in the treatment group. Why hasn’t this been investigated?”

Kirsch referred to a 12-year-old named Maddie de Garay from Cincinnati, Ohio, who participated in the Pfizer Phase Three trial for kids.

De Garay was one of five people who participated in a press conference organized by Sen. Ron Johnsonin (R-WI) in June for individuals who say that they experienced adverse reactions from the COVID-19 vaccine.

“Please tell us why this fraud was not investigated,” Kirsch asked.

Reactions to Kirsch’s statements were mixed.

“Where to begin?” Dr. Hos Loftus, a board-certified neurologist and surgeon, told Timcast in a reaction to Kirsch’s comments. “The Israelis are the best source you can go to for the Pfizer vaccine. They have a universal healthcare system and the overwhelming majority of people in that country are vaccinated. His comments are pure rubbish. The vaccine has saved millions of lives, and this is what fuels the vaccine hesitancy that we have seen and it’s causing an untold amount of human suffering that is completely unnecessary.”

He added, “I have a profound disdain for people like this and I have no problem saying it to his face.”

Asked if he has personally seen any patients who have suffered neurological damage from the vaccines, Dr. Loftus said, “No I haven’t. There is literature on a number of neurological complications from the vaccine, but those are very, very rare and personally, I haven’t seen even one case in the hospital or office where I work. However, I have seen quite a few dozen deaths from the virus.”

He said the average age of deaths from the virus is shifting.

“A year ago, I would say probably 60 to 70 years old. But that’s no longer true because we have seen deaths even among children.” Presently, he said the average age of people who have died from the coronavirus is closer to 30 or 40. “I do not have a definitive answer for you but I do know that the numbers of average age are lower than last year. And that’s because vaccine hesitancy is more pronounced among young people. As a result of this, most of the unvaccinated are young people and that’s why the average rate of mortality is much lower.”

Despite his disagreement with Kirsch, Dr. Loftus did note that “the risk of myocarditis in young boys in trials [involving] children has seemed to be considerably higher than adults in vaccinations. And that is comparable to rates of COVID. That is one point where he [Kirsch] may be correct.”

Loftus added: “But the use of vaccines in young boys is not yet approved. There has been a lot of pressure from the pharmaceutical industry to approve it. Given the data we have now, it is likely it won’t be approved anytime soon.”

Editor’s Note: A previous version of this article carried the headline “Silicon Valley Entrepreneur Claims COVID-19 Vaccines ‘Kill More People’ Than the Virus.” The headline has been revised to more accurately reflect the substance of Kirsch’s assertions. 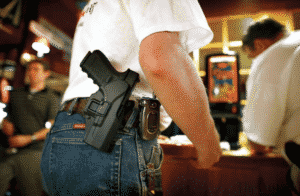