New data reveals that West Virginia’s decision to adopt a constitutional carry law led to a decrease in crime.

In 2016, the state legislature repealed the requirement that adult residents obtain a concealed carry permit for their guns. West Virginians are able to carry a firearm without a state-issued license. They only need to be over the age of 18 without any prohibition to possess firearms either federally or in any state in the union.

“West Virginia’s move to permitless carry marks the continuation of a national trend that began in 2003,” reported Fox News at the time. “Before then, only Vermont allowed law-abiding adults to carry concealed firearms without a permit. The pace accelerated over the last five years, with seven states adopting the policy.”

Five years later, the FBI Crime Data Explorer indicates that after years of steadily increasing, the number of violent crime offenses in West Virginia declined following the change in policy.

The year the legislative change was made, 706 violent crime offenses involving handguns were reported, according to the data. While that was 177 more incidents than the year before, only 644 were recorded in 2017. The number continued to decline to 458 in 2018 and to 358 in 2019.

“There were some concerns in the beginning — you know, change sometimes is the unknown. As far as locally, we’ve not seen a lot of problems with it, which is a good thing for law enforcement,” Harrison Sheriff Robert Matheny told WV News.

“Up to this point, we’ve not had any issues with it. We have come across folks that were carrying weapons, and generally they’ll tell us in advance … to make sure everyone’s safe and reacts appropriately. But, it’s not been an issue for us,” he added.

The outlet noted that “although West Virginia adults 21 and older can carry a gun without a concealed weapons permit, many still opt to go through the permitting process.”

West Virginia is one of 28 states that allow for open carry without a permit. Vermont was the first state to legalize constitutional carry, followed by Alaska and Arizona. Wyoming, which passed constitutional carry legislation in 2011, extended the right beyond Wyoming residents to include all U.S. citizens this year.

Gun control advocates believe that the lack of permitting could have negative consequences.

Andrew Karwoski is a policy expert for Everytown for Gun Safety, the largest gun violence prevention organization in the country. He told The Daily Mail, “Just allowing almost anyone to carry a handgun in public, no questions asked, no background check or safety training, is really dangerous. … It’s hard for law enforcement when they see someone walking down the street with a military-style assault weapon to understand their intentions and respond accordingly.”

Editor’s Note: a previous version of this story incorrectly stated that Wyoming passed open carry legislation in 2021 and has been updated accordingly. 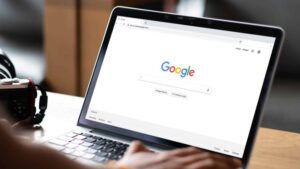 Browsing History Could Soon Be Used In Calculating Credit Scores