Kentucky Senator Rand Paul is calling for the Espionage Act to be repealed after the raid on former President Donald Trump.

Sen. Paul tweeted the call on Saturday evening, with a link to an article from the Future of Freedom Foundation.

“The espionage act was abused from the beginning to jail dissenters of WWI. It is long past time to repeal this egregious affront to the 1st Amendment,” the senator wrote.

The espionage act was abused from the beginning to jail dissenters of WWI. It is long past time to repeal this egregious affront to the 1st Amendment.

Repeal the Espionage Act – The Future of Freedom Foundation https://t.co/3KCgujpS9z

The article used a photo of WikiLeaks founder Julian Assange, who is currently fighting against an ordered extradition to the United States, where he faces charges in under the Espionage Act for his publication of the Iraq and Afghan War Logs.

If convicted he could face a maximum sentence of 175 years for publishing material that the US government did not want the population to know.

“Some news media commentators are finally coming to the realization that if the Espionage Act can be enforced against Assange for what he did, it can be enforced against anyone in the press for revealing damaging inside information about the national-security establishment — i.e., the Pentagon, the CIA, and the NSA,” the article that Sen. Paul shared stated. “Therefore, they are calling on the Justice Department to cease and desist from its prosecution of Assange.”

While the organization celebrated that people are coming around on Assange, they argued that it doesn’t go far enough. “The mindset is that we Americans simply have to accept the way things are and plead with the government to go easy on us,” the article said.

“What does that mean with respect to the Espionage Act? It means that the law should simply be repealed and that Americans need to start demanding repeal rather than simply pleading with the Justice Department to enforce it in a more judicious manner,” it continued.

Among the documents seized at Mar-a-Lago last week were 11 sets of materials listed as classified or “top secret.”

The former president has maintained that they were all declassified before he took them. 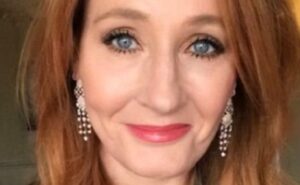