The latest round of threats against the author came in response to a tweet she wrote about the recent attack on Salman Rushdie.

Someone using the name Meer Asif Aziz replied saying, “don’t worry, you are next.”

.@TwitterSupport any chance of some support? pic.twitter.com/AoeCzmTKaU

In a follow up tweet, Rowling said that the police are involved — and already had been with other threats made against her.

To all sending supportive messages: thank you 💕
Police are involved (were already involved on other threats).

Rushdie was stabbed ten times in the neck, face, and abdomen while speaking at an event in New York on Friday.

In 1989, Rushdie went into hiding after publishing the novel  The Satanic Verses, which was highly critical of Islam. At that time, the government of Iran issued a fatwa, or decree, calling for him to be killed.

Along with the fatwa, then-Iranian leader, Ayatollah Ruhollah Khomeini, offered a $3 million reward for Rushdie’s head. The fatwa remains active to this day, and in 2012 an Iranian religious foundation added an additional $500,000 to the reward.

Warner Bros., who has long produced movies based on Rowling’s work, issued a statement asserting that they believe in the freedom of expression.

“Warner Bros. Discovery strongly condemns the threats made against J.K. Rowling,” the company said in a statement obtained by The Hollywood Reporter. “We stand with her and all the authors, storytellers and creators who bravely express their creativity and opinions. WBD believes in freedom of expression, peaceful discourse and supporting those who offer their views in the public arena. Our thoughts are with Sir Salman Rushdie and his family following the senseless act of violence in New York. The company strongly condemns any form of threat, violence or intimidation when opinions, beliefs and thoughts might differ.”

Neil Blair, Chairman of The Blair Partnership, Rowling’s literary agency, also said in a statement, “Any threat or act of violence against authors, writers and storytellers is abhorrent and unconscionable. I believe in freedom of speech and stand in firm solidarity with J.K. Rowling and all writers against any threat of violence. My thoughts are with Sir Salman Rushdie and his family at this time.”

Warner Bros. also defended the author in June, as she has long been targeted by activists for being outspoken in her belief that sex is determined by biology.

“Warner Bros. has enjoyed a creative, productive and fulfilling partnership with J.K. Rowling for the past 20 years. She is one of the world’s most accomplished storytellers, and we are proud to be the studio to bring her vision, characters and stories to life now — and for decades to come. On Monday, a statement was issued by a third-party media agency that appeared contrary to this view. The statement was wholly wrong, and Warner Bros. Studio Tour London regrets it happened as part of a media event that day.”

The famed author was first branded as a “TERF” — “Trans Exclusionary Radical Feminist,” in June, 2020, when she took issue with an article referring to “people who menstruate” instead of using the word “woman.” 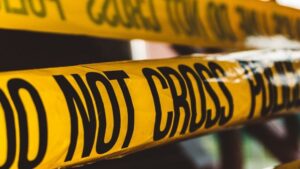