Justice Thomas: 'The Second and Fourteenth Amendments protect an individual’s right to carry a handgun for self-defense outside the home'

The United States Supreme Court, on June 23, struck down a New York gun law that placed restrictions on carrying a concealed firearm outside the home.

“In 43 States, the government issues licenses to carry based on objective criteria. But in six States, including New York, the government further conditions issuance of a license to carry on a citizen’s showing of some additional special need,” said Justice Clarence Thomas, writing for the 6-3 majority. “Because the State of New York issues public-carry licenses only when an applicant demonstrates a special need for self-defense, we conclude that the State’s licensing regime violates the Constitution.”

For more than a century, New York has made it a criminal offense for anyone to carry a concealed firearm without a permit. The state amended the law so that magistrates could issue a concealed carry license only if that person proved to have “good moral character” and “proper cause” — both subjective criteria.

The case before the Court, New York State Rifle and Pistol Association v. Bruen, involved that state requirement. Two gun owners challenged the law as unconstitutional, after they were prevented from carrying a firearm in public.

“Why isn’t it good enough to say, I live in a violent area and I want to be able to defend myself?” asked Justice Brett Kavanaugh during oral arguments. “That’s the real concern, isn’t it, with any constitutional right, if it’s the discretion of an individual officer, that seems inconsistent with an objective constitutional right.”

This was the Court’s first ruling on a Second Amendment case since District of Columbia v. Heller in 2008. At that time, the Court held that the Second and Fourteenth Amendments protect the right of a law-abiding citizen to possess a firearm in the home. The issue on which the Court ruled today concerned whether an individual has a right to carry handguns publicly for self-defense.

“We too agree, and now hold, consistent with Heller and McDonald, that the Second and Fourteenth Amendments protect an individual’s right to carry a handgun for self-defense outside the home,” Justice Thomas wrote.

“If the last decade of Second Amendment litigation has taught this Court anything, it is that federal courts tasked with making such difficult empirical judgments regarding firearm regulations under the banner of ‘intermediate scrutiny’ often defer to the determinations of legislatures. But while that judicial deference to legislative interest balancing is understandable—and, elsewhere, appropriate—it is not deference that the Constitution demands here. The Second Amendment ‘is the very product of an interest balancing by the people’ and it ‘surely elevates above all other interests the right of law-abiding, responsible citizens to use arms’ for self-defense.

The ruling may have an impact on recently proposed Congressional gun control legislation, as well as pending cases in any of the six “may issue” states that, until today, still had laws requiring a petitioner to show “proper cause” in order to obtain a concealed carry license.

New York Governor Kathy Hochul said the decision is “frightful in its scope of how they are setting back this nation and our ability to protect our citizens.”

“It is outrageous that at a moment of national reckoning on gun violence, the Supreme Court has recklessly struck down a New York law that limits those who can carry concealed weapons. … Does everyone understand what a concealed weapon means? That you have no forewarning that someone can hide a weapon on them and go into our subways. Go into our grocery stores like stores up in Buffalo New York run from going to a school in Parkland or Uvalde. This could place millions of New Yorkers in harm’s way,” 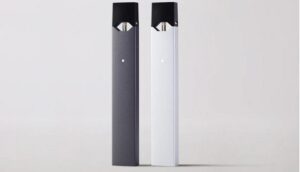