A San Francisco restaurant, Hilda and Jesse, recently refused to serve local police officers because they are not comfortable with firearms in their establishment.

Three San Francisco police officers sat down for a meal on Dec. 3 at the all-day breakfast restaurant. The officers were in uniform and carrying their firearms, as is standard of officers on duty.

The request sparked lots of widespread attention, with the San Francisco police chief criticizing the move and hundreds of people leaving negative ratings on the restaurant’s Yelp page.

The police chief, William Scott, said in a statement on Twitter: “The San Francisco Police Department stands for safety with respect, even when it means respecting wishes that our officers and I find discouraging and personally disappointing. I believe the vast majority of San Franciscans welcome their police officers, who deserve to know that they are appreciated for the difficult job we ask them to do — in their uniforms — to keep our neighborhoods and businesses safe.”

(1/3) Community engagement is a core principle of SFPD’s 21st century police reforms, and we are intentional about asking our officers to support local businesses and get to know those they’re sworn to safeguard. https://t.co/nJsk4hy0tB

After the incident drew much attention on Friday, the owners of the restaurant doubled down on their decision and actions with a widely circulated statement on social media.

“Our restaurant is a safe space – particularly for queer and bipoc individuals,” the statement began. “We would happily welcome [the officers] off duty, out of uniform and without weapons.”

One of the owners of Hilda & Jesse explained her discomfort with firearms in an exclusive interview with ABC 7 in San Francisco:

Late Sunday, the co-owners took to Instagram to issue a peace offering, admitting they may have made a mistake, and will use this as a teachable moment. 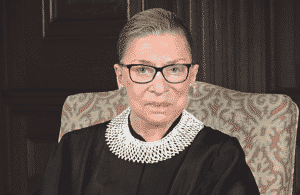