A pixilated NFT depicting Ruth Bader Ginsberg as a vagina is being sold to raise money for the legal fight in defense of Roe v. Wade.

The image, created by CryptoCvnt #34, is for sale on OpenSea.

Complete with a crown, green earrings, and a pair of black glasses, it shows Ginsburg in a black robe and white collar, with a pixelated vagina in the middle of her face.

“RBG arguably did more for women’s rights in the US than any other American,” CryptoCvnts NFT said on Twitter. “Today, these rights are being challenged in the same #SCOTUS on which she served.”

RBG arguably did more for women's rights in the US than any other American. Today, these rights are being challenged in the same #SCOTUS on which she served.

73% of proceeds from this 1/1 CryptoCvnt NFT auction will be donated to defend 1973's #RoeVWade https://t.co/JZBrk0gCUT

The creator plans to donate 73% of the 1/1 auction to “defending women’s constitutional right to choose” but did not specify what organization would receive the donation.

“Our intent is to delight with art + humor to destigmatize the female body and help women with a portion of proceeds donated each month,” the creator says of its work.

On Dec. 1, the Supreme Court heard Dobbs v. Jackson Women’s Health Organization, a case challenging a 2018 Missippi law that banned abortions after 15 weeks. The case could potentially overturn Roe v. Wade, which allows for abortions until “viability,” which was defined as approximately 24 weeks into pregnancy.

Since her death in September of 2020 from metastatic pancreatic cancer, Ginsburg has been memorialized as a feminist icon who was “a towering women’s rights champion and forceful presence at the court over 27 years.”

She was appointed to the Supreme court in 1993 by President Bill Clinton. It is believed her husband’s death in 2010 contributed to her decision to forgo retirement. She served as a Supreme Court Justice for 27 years.

“Ironically, however, its also very arguable that Ginsburg’s refusal to step down from her position on the Supreme Court, therefore rejecting the chance for Obama to nominate her successor, made a Conservative Supreme Court takeover possible and led the nation to the very tenuous position it now finds itself in when it comes to women’s rights,” notes The Observer.

The late Supreme Court Justice, in fact, referred to Roe v. Wade as a “faulty decision” during a 2013 event at The University of Chicago’s School of Law.

“My criticism of Roe is that it seemed to have stopped the momentum on the side of change,” Ginsburg said. She said she would have preferred for the change to have occurred via policies adopted by state legislatures and through lower court rulings.

“Roe isn’t really about the woman’s choice, is it?” Ginsburg said. “It’s about the doctor’s freedom to practice. … It wasn’t woman-centered, it was physician-centered.”

The justice actually wanted  Struck v. Secretary of Defense to be the nation’s first reproductive rights case. In the 1971 case, Air Force Captain Susan Struck was serving in Vietnam when she became pregnant. She was given two options: leave the Air Force or terminate. Ginsburg worked with Struck, who wanted to keep her baby and her job. While the Supreme Court agreed to hear the case, it was never heard because the Air Force ultimately backed down and let the captain keep her job.

“I wish that would’ve been the first case,” Ginsburg said. “I think the Court would’ve better understood that this is about women’s choice.”

Ginsburg also criticized Roe v. Wade during a lecture at New York University’s School of Law in 1992 before she joined the nation’s highest court.

“A less encompassing Roe, one that merely struck down the extreme Texas law and went no further on that day, I believe and will summarize why, might have served to reduce rather than to fuel controversy,” she said.

Her comments prompted then-president of the National Abortion Rights Action League Kate Michelman to ask Senators to find out during her confirmation hearing  if “Judge Ginsburg will protect a woman’s fundamental right to privacy, including the right to choose, under a strict scrutiny standard.” 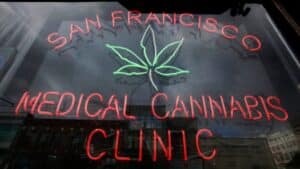