Aleksandr Viktorovich Ionov, a Russian national and alleged FSB asset, has been charged with influencing U.S. political groups to act as illegal agents of the Russian government.

According to an indictment that was unsealed on Friday, the Russian citizen allegedly operated a successful campaign from December 2014 until March 2022 that was supervised by Russia’s Federal Security Service (FSB) and approved by high levels of the Russian government. Ionov provided funding and media exposure to at least three political groups located in the states of Georgia, California, and Florida.

“Ionov allegedly orchestrated a brazen influence campaign, turning U.S. political groups and U.S. citizens into instruments of the Russian government,” said Assistant Attorney General Matthew G. Olsen in a Department of Justice press release. “The Department of Justice will not allow Russia to unlawfully sow division and spread misinformation inside the United States.”

One of his targets was the Uhuru Movement, a black political group that is part of the African Peoples Socialist Party. The Russian-sponsored group, which participated in some of the same protests as Black Lives Matter, was often in conflict with the other black political movements and viewed them as too moderate.

Uhuru Movement, which the Department of Justice doesn’t name in the press release, is described as an urban and African American political movement that at one point, acting on Ionov’s advice, submitted a petition to the United Nations charging the American government with the “crime of genocide against African people in the United States.”  That petition received over 100,000 signatures and the Uhuru have continued their relationship with Ionov.

Ionov is alleged to have exerted direct control over groups under his influence, relayed his progress to FSB handlers, and used campaign funding to take similar control of candidates for local office.

At one point, an FSB officer communicated to Ionov that he wanted more turmoil in California. Using “Political Group 3,” which had the main goal of state secession, Ionov orchestrated a protest at the state Capitol building in Sacramento. The Russians even tried convincing protesters to enter the governor’s office, the Department of Justice claims. 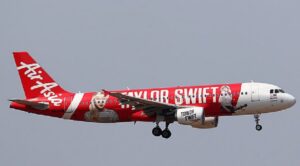