Russian Foreign Minister Sergei Lavrov has warned that any cargo carriers transporting weapons to Ukraine will be considered legitimate targets for their military.

Lavrov made the comments on Friday, in response to Ukrainian President Volodymyr Zelenskyy continuing to ask the US for weapons.

#Russia‘s Foreign Minister #Lavrov threatens that all transporters that may bring weapons to #Ukraine will be declared military targets. pic.twitter.com/DDP8AkT8OD

“We clearly said that any cargo moving into the Ukrainian territory which we would believe is carrying weapons would be fair game,” Lavrov told RT. “This is clear because we are implementing the operation the goal of which is to remove any threat to the Russian Federation coming from the Ukrainian soil.”

Russian Foreign Minister Sergei Lavrov has told the Kremlin-backed English language channel that many countries are not prepared to accept ‘Uncle Sam’ acting as a ‘sheriff’ in a ‘global village’.https://t.co/X3flQUBL0r pic.twitter.com/MDax4DMDFK

On Thursday, Senators Mitt Romney and Lindsey Graham introduced a resolution to give Ukraine fighter jets and air defense systems.

In a statement about their efforts, Romney said that “we must do everything in our power to help the people of Ukraine defend themselves against the monstrous actions of Vladimir Putin.”

“That means getting them the capabilities they need—MiG-29 jets, air defense systems, anti-tank missiles, ammunition—to fight and keep their land and skies safe. America has a responsibility to defend freedom around the world, and we must not wait any longer—get Ukraine what they need now,” Romney said.

Graham urged his colleagues to vote on the resolution quickly.

“I’m urging the Senate to speak with one voice, to meet the moment,” said Graham. “We’ve been talking. We have written letters. Now it’s time to take votes. If we had a vote on the resolution to supply the Ukrainian military with the MiG fighters and other air defense systems, it would be a shot in the arm to Ukrainian people and their military. It would be a blow to Putin. If we do this soon, I think it really could help the outcome of this conflict.” 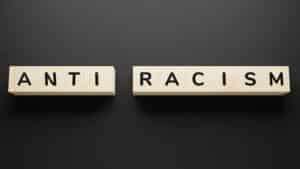