Former New York Governor Andrew Cuomo – who resigned after an investigation found that he had sexually assaulted or harassed 11 women – is reportedly considering running against his replacement, Governor Kathy Hochul, in an attempt to reclaim his former position.

“Cuomo, who reluctantly left office last year after denying the harassment allegations, has been fielding calls from supporters about a possible run against his former lieutenant governor,” CNBC reported. “His aides have been conducting their own internal voter polling on a potential matchup, these people explained.”

CNBC noted a recent poll by Emerson College and The Hill that showed Cuomo was just a few points behind Hochul.

“The poll shows that if Cuomo, who resigned last year over sexual misconduct allegations, were to run for his old seat, Hochul would lead the primary field with 37 percent support among Democratic primary voters, while Cuomo would come in second with 33 percent. Rep. Thomas Suozzi (D) would come in third place with just over 7 percent, and New York City Public Advocate Jumaane Williams comes in fourth with 4 percent,” The Hill reported. “Should Cuomo remain out of the race, Hochul would have a yawning advantage with 42 percent support in the field. Williams would jump up to just under 10 percent in the race, while no other contender breaks double digits.”

A person close to Cuomo told CNBC that after the poll was released, Cuomo “received calls from allies encouraging him to run against Hochul.”

The Democratic primary is scheduled for June, but Cuomo would still need thousands of signatures from voters to get on the ballot by the April deadline.

“Although supporters are encouraging him to run, there have been many leaders within his party who have said publicly and in conversations with CNBC that they are hoping he doesn’t run, after multiple scandals followed him out of office,” CNBC added.

“As the Governor has said since the beginning this was the weaponization of politics to do what couldn’t get done at the ballot box, and it’s important to him and his family that the record get set straight and efforts to rewrite history don’t succeed. As he has said all along, he has thoughts and opinions about the direction of this state and the Democratic Party as a whole and he won’t hesitate to make them known.”

At the end of last summer, Cuomo resigned after an investigation from New York Attorney General Letitia James found that he had sexually assaulted or harassed 11 women. This February, however, Cuomo said in an interview with Bloomberg News that he feels “vindicated” and hinted at another run for office.

His comments came after four New York district attorneys had announced that they would not prosecute the sexual misconduct allegations against Cuomo.

According to Bloomberg News, if Cuomo “had to do it all over, he wouldn’t have resigned.” He told the outlet, “I never resigned because I said I did something wrong. I said, I’m resigning because I don’t want to be a distraction.”

“It turns out in a remarkably short period of time that it did become all bogus. 11 became zero,” Cuomo said. “If you do an honest summary, which is what I get from people on the street, I have been vindicated.”

However, as The Hill reported, prosecutors “have emphasized that the decision to not pursue charges against the former governor does not take away from the credibility of the accusations against him. Oswego County District Attorney Gregory Oakes last week said the woman who brought the allegation against Cuomo was ‘reliable and reasonable.’”

“No one, including Andrew Cuomo, can dispute the fact that multiple investigations found allegations of sexual harassment against him to be credible,” a spokesperson said in a statement, according to Bloomberg News. “Only he is to blame for inappropriately touching his own staff and then quitting so he didn’t have to face impeachment. His baseless attacks won’t change the reality — Andrew Cuomo is a serial sexual harasser.”

According to James’ investigation into the allegations against Cuomo, “the Governor sexually harassed a number of current and former New York State employees by, among other things, engaging in unwelcome and nonconsensual touching, as well as making numerous offensive comments of a suggestive and sexual nature that created a hostile work environment for women.”

The investigation also “revealed that the Governor’s sexually harassing behavior was not limited to members of his own staff, but extended to other State employees, including a State Trooper on his protective detail and members of the public.” The report concluded that Cuomo created a culture “filled with fear and intimidation, while at the same time normalizing the Governor’s frequent flirtations and gender-based comments” which “contributed to the conditions that allowed the sexual harassment to occur and persist.” 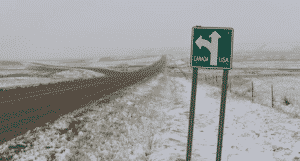