The embassy refused to perform an autopsy on Kirill Zhalo

German authorities said a Russian diplomat was discovered dead in Berlin last month, according to a newly released report.

On the morning of Oct. 19, the body of Kirill Zhalo, 35, was discovered on the sidewalk outside the Russian embassy. First responders were unable to revive him.

The embassy did not allow his body to be autopsied. Because of Zhalo’s diplomatic status, Germany did not have the authority to challenge its decision.

Zhalo, who is said to have fallen out of a window, was returned to Russia within a few days. He had been in Berlin since the summer of 2019. Prior to his time in Germany, Zhalo was on Russia’s mission to the United Nations in Vienna.

Dutch journalism site Bellingcat identified the Russian man through “open-source data” and noted he was the son of the deputy director of FSB’s Second Service and the head of the FSB’s Directorate for Protection of Constitutional Order, Gen. Alexey Zhalo.

The FSB, which translates to Federal Security Service in English, replaced the KGB as the prime security agency in Russia.

The embassy told the Dutch outlet that Zhalo’s death was a tragic incident and declined to comment further due to ethical reasons.

Bellingcat also reported that officials “suspected the diplomat, who served as a second secretary at the embassy, was in fact an undercover FSB officer and was related to a high-ranking FSB general.”

The FSB Second Service is believed to have poisoned Kremlin-critic Alexei Navalny in the summer of 2020.

Bellingcat has ties to Navalny, as the outlet published evidence linking the FSB to the poisoning.

The FSB has also been accused of carrying out several international assassinations, including Zelimkhan Khangoshvili’s murder in August 2019.

“The former Chechen rebel commander, who was a Georgian citizen, was killed in Berlin’s Kleiner Tiergarten,” per The Guardian.

In its statement to Russian news agency Interfax, the embassy said, “All formalities linked to repatriating the body of the diplomat were promptly settled with the responsible law enforcement and medical authorities of Germany in accordance with the practices in place.” 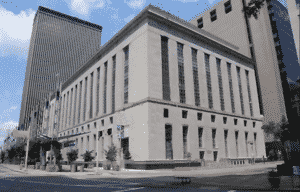