‘The Estonian leadership has purposefully destroyed the entire range of relations with Russia,’ said the Kremlin

Russia and Estonia each ordered the other’s diplomat to leave by the first Tuesday of February.

The expulsions follow escalating tension between the two nations. It also marked the first time a Russian ambassador has been expelled since the Russia-Ukraine conflict began in February 2021.

“In recent years, the Estonian leadership has purposefully destroyed the entire range of relations with Russia,” the Russian Foreign Ministry said on Jan. 23. “Total Russophobia, the cultivation of hostility towards our country, have been elevated by Tallinn to the rank of state policy.”

“Now Estonia has taken a new unfriendly step to radically reduce the number of personnel of the Russian embassy in Tallinn, confirming the line towards the collapse of relations between our countries. As a response, the Russian side decided to downgrade the diplomatic representative in both countries to charge d’affaires,” continued the statement, per BBC News.

Estonia’s Foreign Minister announced Russia’s ambassador is required to leave the country by Feb. 7. The government had previously ordered the Russian Embassy in Tallinn to reduce its staff from over 17 to 8 by the end of January.

“We are setting a limit to the number of Russian diplomats working in Estonia in order to achieve parity,” said Estonian Foreign Minister Urmas Reinsalu, per ABC News. “Today’s step is in correlation with the low point of our relations in general.”

Prior to the Russia-Ukraine war, Estonia had expelled a Russian diplomat in retaliation after one of its consuls was detained in St. Petersburg in July 2021. Estonia said the consul, Mate Latte, has been set up and that his detainment was “unlawful and provocative,” per RFE/RL.

“Estonia remains interested in neighbourly and constructive relations,” the Foreign Ministry said in a statement. “It is still regrettable that Russia has taken an unfriendly line in its communication with the European Union and member states.”

Estonian diplomats had been expelled from Russia on two prior occasions that year.

Russians with visas issued by other Schengen countries, who resided in Estonian long-term or who were traveling for humanitarian reasons were exempted from the ban as were diplomats and their families. 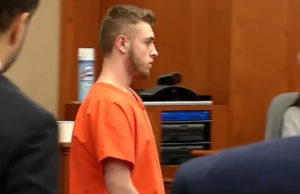