Influencer Andrew Tate and his brother Tristan lost an appeal against their detention in Romania.

The Court of Appeals in Bucharest ruled on Jan. 10 the Tate brothers can remain under arrest for 30 days.

The brothers were arrested by the country’s anti-organized crime agency on rape, human trafficking, and organized crime charges along with two other Romanian women on Dec. 29. The women have been identified as Georgiana Naghe and Luana Radu.

The agency initially was permitted to detain the men for 24 hours and was granted a 30-day extension. Now, the court has rejected all four of the defendants’ appeals for release.

The court argued that “the possibility of [the Tate brothers] evading investigations cannot be ignored” and that the brothers may “leave Romania and settle in countries that do not allow extradition” if released from police custody.

The prosecutors can now seek to have the defendants’ detentions extended by 180 days while the investigation continues.

The Tates were present in court and have denied committing any of the crimes. Andrew Tate was photographed entering the courtroom, reportedly carrying a copy of the Quran. Tate announced on Gettr in October that he had converted to Islam. A video of MMA fighter Tam Khan teaching Tate how to pray at a mosque in Dubai later circulated online.

The Tate brothers’ attorney, Eugen Vidineac, has denounced their arrest.

“Even up to the present moment, the criminal investigation file has not been made available to us to ensure the effective defense of our clients,” Vidineac said in a translated interview. “In my view, there is no evidence to the formation of an opinion of reasonable suspicion regarding the commission of offenses provided for and punishable by criminal law. In this case, we are talking about human trafficking and organized crime.”

DIICOT says it has identified six victims of trafficking who were physically assaulted, mentally coerced, and sexually exploited by the crime group led by Andrew Tate.

“The agency said victims were lured by pretenses of love, and later intimidated, kept under surveillance and subjected to other control tactics while being coerced into performing pornographic acts that were intended to make money for the alleged persecutors,” reports AP News.

Romanian authorities have seized 15 luxury vehicles and at least 10 properties owned by Andrew Tate and the three other suspects.

Andrew Tate is a controversial internet figure, known both for his success as a kickboxer and for his views on masculinity, which have been called misogynistic. The 36-year-old has been accused of having ties to the “far-right” by Hope not Hate, a political advocacy group in the United Kingdom. Tate has called himself the “king of toxic masculinity” and said he wants to help men better themselves.

Tate is a dual citizen of the United States and the United Kingdom. He has lived in Romania since 2017. 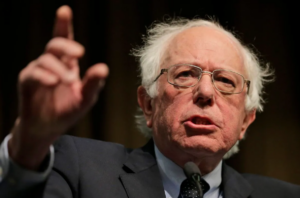