'In the midst of a deadly pandemic, restricting access to this much needed vaccine is unconscionable,' said Sanders

Vermont Senator Bernie Sanders wants pharmaceutical company Moderna to maintain the current price of its COVID-19 vaccine when the shot is made available for commercial sale.

Modern is reportedly considering quadrupling the price from $26.36 per dose to $130 per dose.

“I have very deep concerns about that decision and the impact it will have on the federal budget, the cost of private insurance, and the unnecessary deaths that may occur because millions of Americans may not be able to afford the vaccine at the new cost,” Sanders wrote in a letter to Moderna Chief Executive officer Stéphane Bancel on Jan. 10. The senator said government programs like Medicaid and Medicare will be negatively impacted by the price increase.

“Your decision will cost taxpayers billions of dollars. Your outrageous price boost will also increase private health insurance premiums,” he continued, saying the new price will make getting the vaccine impossible for “many millions of uninsured and underinsured Americans.”

“In the midst of a deadly pandemic, restricting access to this much need vaccine is unconscionable,” said Sanders.

Sanders, an independent who caucuses with the Democrats, will serve as the chairman of the Senate Committee on Health, Education, Labor, and Pensions this term. He pointed out that Moderna’s COVID vaccine was developed in partnership with scientists from the National Institutes of Health, which is publicly funded. The federal government provided Moderna with $1.7 billion for the research and development of the vaccine.

The senator and former presidential candidate argued that Moderna is already profiting off the vaccine which it produced for an estimated $2.85 per dose.

“Let’s be clear: The purpose of the recent taxpayer investment in Moderna was to protect the health and lives of the American people, not to turn a handful of corporate executives and investors into multi-billionaires,” wrote Sanders.

Moderna’s vaccine is one of the four most prominent COVID-19 vaccines currently offered to the American public. The Centers for Disease Control and Prevention has also authorized the Pfizer-BioNTech vaccine, Novavax vaccine, and the Johnson & Johnson vaccine.

According to BNN Bloomberg, Moderna expects to generate at least $5 billion in sales of its COVID-19 vaccine – known as Spikevax – this year. The company reported sales of $18.4 billion in 2022. Moderna is also completing late-stage trials for “experimental vaccines for two other diseases, respiratory syncytial virus  and seasonal influenza, two of the three that created this season’s ‘tripledemic’ of respiratory outbreaks, along with Covid.” The company will roll out new vaccines for the illnesses toward the end of 2023.

Bancel told the outlet that Pfizer’s COVID-19 vaccine retail price for non-governmental buyers of $110 to $130 dollars is reasonable and Moderna could follow suit.

“We think that is reasonable given the value being created by the vaccines,” he said.

Since the onset of the global pandemic in March 2020, Bancel became a multibillonaire with an estimated net worth of $6.1 billion. He reached billionaire status in 2020 largely as a result of the sales of the pharmaceutical company’s COVID-19 vaccine. He reportedly plans to give most of his wealth away.

The Centers for Disease Control and Prevention reported in September that 48.5% of the American population has received two doses of a COVID-19 vaccine. States with the highest vaccination rate include Maryland, New Jersey, New York, Massachusetts, Vermont, Maine Rhode Island, Connecticut and Hawaii. 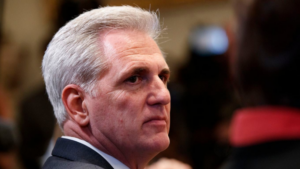