'The failure to provide the same quality footage in this particular case is intentional and clearly prejudices the defendant,' per the defense’s motion

Assistant District Attorney Thomas Binger could have shown the jury serving in Kyle Rittenhouse’s murder trial a high-quality, drone video of the event of Aug. 25, 2020.

Instead, he showed the jury low-quality footage and only showed the drone footage during his closing arguments. He claimed the video showed the then 17-year-old pointing his gun at people.

Rittenhouse’s defense team has subsequently asserted that the prosecution only shared the video after evidence had closed on Nov. 13.

The Daily Mail obtained the motion for a mistrial with prejudice that was filed by the defense. The outlet reports the video maneuver was one of the grounds cited in the motion.

“On November 5, 2021, the fifth day of trial on this case, the prosecution turned over to the defense footage of a drone video which captured some of the incident from August 25, 2020,” the motion states.

“The problem is the prosecution gave the defense a compressed version of the video,” it continues. “What that means is the video provided to the defense was not as clear as the video kept by the state.”

The defense contends that the prosecution did not provide the 11.2 MB video file until after the conclusion of the trial. Instead, they were only given the lower quality, 3.6MB video file.

According to the motion, “During the jury instructions conference, the defense played their version of the video for the court to review. The state indicated their version was much clearer and had their tech person come into court to have the court review their clearer video. The video is the same, the resolution of that video, however, was not.”

“The video footage has been at the center of this case,” the defense wrote. “The idea that the state would provide lesser quality footage and then use that footage as a linchpin in their case is the very reason they requested and were granted the provocation instruction by the Court.”

“The failure to provide the same quality footage in this particular case is intentional and clearly prejudices the defendant,” the defense said in the mistrial motion.

The prosecution’s conduct has been hotly contested during this case. ADA Binger has been repeatedly reprimanded by Judge Bruce Schroeder throughout the trial for his conduct.

At one point during his examination of Rittenhouse, Binger had questioned the teenager’s decision to stay silent after the shootings.

“I was astonished when you began your examination by commenting on the defendant’s post-arrest silence,” Schroeder shouted at Binger after stoping the trail and sending the jury out of the room.

During his closing arguments, Binger pointed the AR-15 used during the shootings at the jury with his finger on the trigger. His actions were decried online because experienced gun owners advise treating every gun as if it is loaded for safety.

If convicted, Rittenhouse faces life in prison for fatally shooting two men and injuring another during the riots in Kenosha last summer. Rittenhouse and his lawyers have argued he acted out of self-defense and have used video throughout the trial as evidence.

The jury deliberated for a full day on Nov. 16 and has not yet returned a verdict. 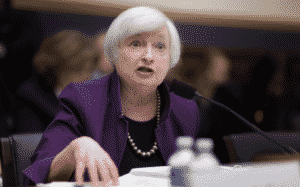