Rittenhouse took the stand on Nov. 10 in his own defense during the homicide trial. He and his defense team have said he shot two men and injured another in self-defense during a night of rioting following the shooting of Jacob Blake in August of 2020.

While examining the 19-year-old, the prosecution “noted that Rittenhouse had been able to watch all of the previous witnesses in the trial, implying that Rittenhouse may have constructed his version of events from previous testimony, rather than his own recollection of events,” per Breitbart.

Binger initiated a line of questioning intended to target Rittenhouse’s decision to remain silent after the shootings.

“And after all of that now you are telling us your side of the story,” Binger said. “Correct?”

Judge Bruce Schroeder paused the trial and sent the jury out of the room. He then reprimanded Binger, who he called “an experienced trial lawyer,” and asked him to “account” for his actions.

“I was astonished when you began your examination by commenting on the defendant’s post-arrest silence,” Schroeder shouted at Binger. “That’s basic law. It’s been basic law in this country for 40 or 50 years. … I don’t know what you’re up to.”

“This is a grave constitutional violation for you to talk about the defendant’s silence,” he told the assistant district attorney.

“You are right on the borderline. And you may be over. But it better stop. … This is not permitted,” Schroeder added.

Binger had previously tried to bring up a video during his questioning that Schroeder had banned from the trial.

During a back and forth between the prosecution and defense on Nov. 10, Richards had said Binger was ignoring the judge’s ruling. The assistant district attorney countered that Rittenhouse had opened the door to the questions during his testimony.

“Don’t get brazen with me!” the judge replied, raising his voice. “I don’t want to have another issue as long as this case continues, is that clear?”

Richards suggested Binger might be attempting to provoke a mistrial with his line of questioning. 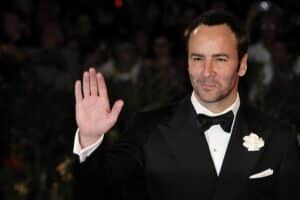