Attorney General: 'Money will not bring back the lives lost'

Rite Aid will pay the state of West Virginia as much as $30 million for failing to disrupt suspicious prescription orders that flooded the state with opioids.

West Virginia Attorney General Patrick Morrisey announced a settlement in a lawsuit against the major pharmacy chain Rite Aid that will provide up to $30 million in funding to the state’s opioid crisis response plan.

“So many lives have been lost and shattered by this scourge,” the attorney general said in a statement. “With this settlement and other settlements, we will provide significant help to those affected the most by the opioid crisis in our state.”

“Money will not bring back the lives lost from this epidemic, but we are looking for accountability,” Morrisey said.

Rite Aid is alleged to have negligently fulfilled its duty to oversee and report suspicious prescriptions that come to their counter. The state’s lawsuit argued that this oversight error cost residents “significant losses through their past and ongoing medical treatment costs, including for minors born addicted to opioids, rehabilitation costs, naloxone costs, medical examiner expenses, self-funded state insurance costs, and other forms of losses to address opioid-related afflictions and loss of lives.”

In February, Morrisey announced a framework for how money from opioid-related lawsuits would be distributed throughout the state. That framework, which Morrissey called a West Virginia First program, formed a foundation to oversee the handling of most of the money. According to the agreement, which was made with 54 counties and a number of independent cities that also have filed lawsuits, 72.5% of the money will be given to this foundation.

“The goal is to make sure we’re using existing resources the right way and we’re using evidence-based practices that are proven to be effective and focus on the needs of each region. Money will ultimately flow to target those who need it most. It will focus on the supply aspect, the demand aspect, and also education and prevention,” Morrisey said.

The state still has pending litigation against other pharmacy defendants in the Mass Litigation Panel with an expected trial date in September. 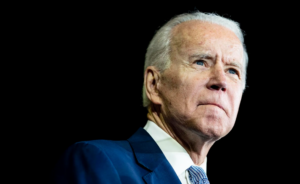