The New Mexico Supreme Court has ordered all Republican-led counties to certify the results of this year’s primaries following a request from the Secretary of State.

Maggie Toulouse Oliver asked the court to order a rural county to certify its results after what she described as a willful violation of the state election code.

Otero County’s governing commission refused to certify the result of the state’s primary for just over two weeks. The country cited concerns with the ballot counting equipment – Dominion Voting Machines.

“I do not trust these machines and I want Otero County to have a fair election for everybody,” said Otero County Commission Chairwoman Vickie Marquardt to the Alamogordo Daily News. The three-person commission is reportedly not sure the machines accurately count votes and voted against certification on June 13.

Each county in the state must certify its results through an election canvass before submitting the result to the Secretary of State’s office. The state government cannot issue certificates of election to the candidates who won their respective primaries on June 7.

“There is no indication that the 2022 Primary Election in New Mexico was conducted with anything less than the highest standards of election administration by dedicated county clerks and civil servants across our state,” said Alex Curta, a spokesman for the New Mexico Secretary of State, in a statement.

“The commission is doing an extreme disservice to the voters of Otero County and candidates seeking to have their names on the General Election ballot by refusing to certify the results of the 2022 Primary Election and they’ve done this without any indication that the results were in question and over the objections of the Otero County Clerk,” he added.

Additionally, the results of the Republican primary for the District 2 Otero County Commission seat are likely to be recounted which will further slow the state’s election process.

The Otero County Commission voted at a June 9 meeting to no longer use Dominion Voting Machines in future elections.

“If we have our own machines, I would feel more comfortable,” Marquardt explained.

The commission also voted to hand-count its roughly 7,400 primary ballots that went through the machines.

“Members of the Otero County commission include Cowboys for Trump co-founder Couy Griffin, who ascribes to unsubstantiated claims that Trump won the 2020 election,” states WETA PBS.

Concerns over the accuracy of Dominion Voting Machines were raised after the 2020 presidential election. President Donald Trump questioned their accuracy on Twitter several times and Dominion Voting Systems denied the allegations, per TMJ4.

The certification in New Mexico deadline is June 17. 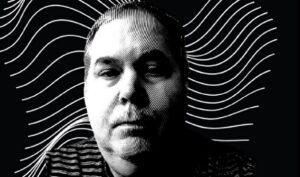