The Market Hotel in Brooklyn, New York, has cancelled a sold out performance from John Hinckley Jr. — the man who shot President Ronald Reagan to impress actress Jodi Foster.

Hinckley, 67, was released from institutional psychiatric care in 2016 — but was forced to adhere to strict rules about what he was, and wasn’t, allowed to do.

One of the rules for his release was that the attempted assassin could not sell his art or music under his real name. Five years later, on September 27, 2021, a federal judge approved Hinckley’s unconditional release beginning in June 2022, allowing him to use his real name for his work.

Hinckley lined up several concerts as part of his “Redemption Tour.”

My latest single “Vagabonds” is available on Spotify. Check it out. To book shows and correspondence, send email to [email protected] pic.twitter.com/GmJIKa423R

The concerts outraged many, who argued that this was allowing the attempted assassin to bask in fame and infamy.

Detractors worried that glorifying Hinckley would inspire others to commit acts of violence in order to achieve notoriety. Hinckley himself had hoped that by shooting the president and achieving fame, he could win the respect and admiration of the actress he was stalking.

Others argued that Hinckley had served his time, repaid his debt to society, received over three decades of treatment for his mental illness, and should be able to move on with his life. At the time of the incident, he was said to be suffering from acute psychosis.

I will be singing 17 songs at my show in Brooklyn, NY. on July 8. All originals. pic.twitter.com/9GRn2Cr3Tb

“After a lot of serious consideration, we are cancelling the scheduled event at Market Hotel with John Hinckley,” the venue announced in an Instagram post on Wednesday.  The venue explained that the event was booked through a third-party promoter, but that “hosting provocative happenings for is own sake is valid, and should be part of any venue’s reason to exist.”

The venue noted that, the “tour also sends a message that mental health issues and a criminal past can be recovered from and atoned for, after serving one’s debt to society and getting real treatment.”

“There was a time when a place could host a thing like this, maybe a little offensive, and the reaction would be ‘it’s just a guy playing a show, who does it hurt — it’s a free country,’” the post continued. “We aren’t living in that kind of free country anymore, for better or for worse.”

“Make no mistake: canceling this concert will not deter future assassins and will have no effect on mass shootings, and it certainly won’t reverse the awfulness of what Hinckley did 40 years,” the post asserted.

Market Hotel claimed that they came to the decision “after being presented with and reflecting on some very real and worsening threats and hate facing our vulnerable communities.”

Hinckley was found not guilty by reason of insanity following the 1981 shooting. 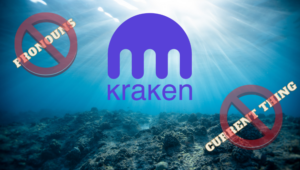