'There is no room for tribalism,' said Kraken co-founder Jesse Powell

Kraken CEO and co-founder Jesse Powell outlined how the company developed a corporate culture that prevents progressive ideology from hampering productivity in a recent Twitter thread.

Kraken, one of the top 5 crypto exchanges when measured by daily trading volume, takes a different approach to maintaining an ethical corporate culture. At the core, their company policies are grounded in principles enshrined in the Constitution of the United States of America.

The public outline of their cultural policies comes as a response to a New York Times article — which CEO Jesse Powell says was predicated on employees leaking information in violation of their non-disclosure agreements — which criticized and characterized the policies as a “culture crusade.”

“While government encroachment on these rights has become tolerated (or even demanded), we believe that we should covet the rights we have because they are never returned once taken,” their policy reads.

The company sees a major flaw in arguments that cite an offended employee as the need to reform corporate culture. Instead, Kraken believes that if “nobody is ever offended, we either don’t have enough diversity of thought or we don’t have enough transparency in communication.”

1/ We recently attempted to summarize what the @krakenfx culture has been over the past 11 years, and what we hope it continues to be.

According to Powell, cultural issues were never a problem “when things were rosy,” adding that “when things started to look grim, sensitivities and the misalignment came through.”

The crypto CEO said that, at first, he attempted to entertain their arguments but soon found that the employees could not have an honest debate, and he had to return to running a “dictatorship.”

He argued that activists often aren’t as open-minded or inclusive as they intend to be: “They don’t realize how discriminatory they are to others. You want to be ‘inclusive’ by asking an ESL [English as a second language] Saudi candidate his pronouns/gender in a job interview?”

The insistence on discussing these cultural issues, according to Powell, can significantly reduce the productivity of hundreds of employees.

“Most people just want to work, but they can’t be productive while triggered people keep dragging them into debates and therapy sessions,” Powell said.

So Kraken devised a solution to the issue: the company released a corporate culture document and asked employees to commit to it or leave with a severance package.

The policies make clear to employees that they do not have to agree with the company’s position, but they are “expected to instill them in [their] decision making at work.”

Among the viewpoints that some may find controversial, Kraken states that they “will advertise with and sponsor controversial television programs, podcasts, influencers and events” and “may incorporate firearm and self-defense training into corporate retreats.”

Employees are free to request “personal communication preferences” such as preferred pronouns, but the employee the request is being made to is also free to deny that request. Further, neither words nor silence will be interpreted as violence.

“There is no room for tribalism, in-fighting, or the pursuit of agendas that are not officially set by the company,” Kraken said. 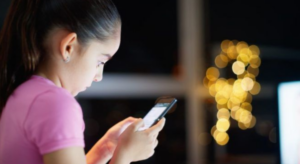