Yarmuth is serving his eighth term in Congress

The chairman of the House Budget Committee announced he will not seek reelection at the end of his current term.

He is the founder & Co-Chair of the Congressional Bourbon Caucus. He is currently serving his eighth term in Congress. In addition to charing the House Budget Committee since 2019, Yarmuth is also on the Committee on Education and Labor.

“As budget chair, the Kentucky Democrat has helped to shepherd key parts of President Joe Biden’s agenda through the House and has played a major role in the party’s latest priority: a multitrillion-dollar social spending plan,” notes Politico.

It's been an incredible journey since my first campaign in 2006 until now. I will continue to fight for Louisville in Washington for another 15 months, and then, I will retire from Congress.

I will have plenty more to say in the months ahead but this is what I want you to know: pic.twitter.com/MXFmWrSTYv

In a video posted on Twitter, Yarmuth said, “I never expected to be in Congress this long. I always said I couldn’t imagine being here longer than 10 years. … This term will be my last.”

Yarmuth and his wife, Cathy, have one son, a daughter-in-law, and one grandson.

“The desire to have more control of my time in the years I have left has become a high priority,” Yarmuth said in his announcement. “Candidly, I have found new and incomparable joy in spending time with my young grandson, and I’d like to spend more of my Golden Years with my family in Louisville.”

The congressman called the passage of the American Rescue Plan, which provided emergency assistance in the wake of the coronavirus pandemic, his “proudest moment.”

According to NBC News, “The announcement makes him the fourth Democratic House member to announce they’re retiring at the end of this term ahead of what’s already expected to be a challenging year for Democrats looking to maintain their narrow majority in the House (five additional members are leaving their post at the end of this term because they’re running for higher office).”

Yarmuth is the only Democrat in his state’s delegation. After his announcement, State Democratic Leader Morgan McGarvey said he would be running to fill the opening. He will be challenged by state Representative Attica Scott, another Democrat.

With the news that our outstanding Congressman John Yarmuth is retiring, I’m excited to announce my bid for US Congress in #KY03! 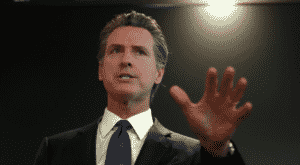 2 responses to “Representative John Yarmuth of Kentucky Announces His Retirement”