Governor Gavin Newsom of California vetoed a proposed program that would give addicts money to stay sober.

In his message on the veto, Newsom told the State Senate members that Senate Bill 110 “would require Medi-Cal substance use disorder services to include contingency management services as an optional benefit under the Drug Medi-Cal organized delivery system, subject to utilization controls.”

“Given the promise of contingency management as a treatment for stimulant use disorders, the 2021-22 Budget includes funding to support a pilot contingency management Medi-Cal benefit from January 2022 through March 2024,” he wrote. “The Department of Health Care Services has sought federal approval for this pilot project and will work expeditiously to implement it once it is authorized. The outcomes and lessons learned from the pilot project should be evaluated before permanently extending the Medi-Cal benefit.”

Those in favor of monetary incentive programs for addicts argue it is more cost-effective than hospitalization costs or other forms of therapy. California has seen a rise in substance abuse-related issues, including methamphetamine addictions.

“The U.S. Department of Veterans Affairs has used a form of contingency management since 2011 for veterans coping with addiction,” per The Washington Examiner.

“I am deeply disappointed that the governor has chosen to veto SB 110,” Senator Scott Weiner (D-San Francisco) said in response to the governor’s decision. “So many people are dying from methamphetamine overdoses. And they’re dying right now. Time is of the essence.”

Weiner introduced the bill, known as the Recovery Incentives Act, in early September. It had bipartisan support and was passed in both the Assembly and the Senate.

Under the program, meth addicts would enter treatment for their addiction and receive a payment for each clean test they provide.

“The California Health Benefits Review Program, which independently analyzes proposals in the state legislature, says there is ‘clear and convincing evidence’ the treatment works during the program,” reported CBS after the bill’s announcement.

Jacey Cooper, director of California’s Medicaid program, told NBC, “There is a clear kind of hole in regards to treatment services for individuals who have a stimulant use disorder. … At this point [contingency management] is the only thing people are pointing to that has been effective.” 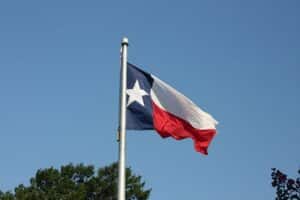