Texas Governor Greg Abbott issued an executive order prohibiting any entity in the state from mandating their employees get the COVID-19 vaccination.

Companies that do could be fined as a result.

“No entity in Texas can compel receipt of a COVID-19 vaccine by any individual, including an employee or a consumer, who objects to such vaccination for any reason of personal conscience, based on a religious belief, or for medical reasons, including prior recovery from COVID-19,” Abbott said in the order.

The order also notes that “vaccines are strongly encouraged for those eligible to receive one, but must always be voluntary for Texans.”

According to Abbott, “in yet another instance of federal overreach, the Biden Administration is now bullying many private entities into imposing COVID-19 vaccine mandates, causing workforce disruptions that threaten Texas’s continued recovery from the COVID-19 disaster.”

Abbott was fully vaccinated when he tested positive for COVID-19 in August. His office said he had no symptoms and his wife tested negative.

“Abbott has imposed a string of measures designed to loosen public-health measures during the pandemic. He has previously banned mask mandates and proof-of-vaccination requirements,” per Business Insider.

“Governor Abbott also sent a message to the Chief Clerk of the House and Secretary of the Senate adding this issue as an item to the Third Special Session agenda,” his office noted. “The executive order will be rescinded upon the passage of such legislation.”

American Airlines and Southwest Airlines, both based in Texas, said they would following President Joe Biden’s vaccine mandates for companies with over 100 employees. While the Labor Department has not released the details of the mandate’s enforcement, Biden called on companies to act now.

“Abbott issued executive orders over the summer banning local governments and school districts from requiring either masks or vaccinations, issuing $1,000 fines to those who failed to comply,” reports NBC News. “School districts in San Antonio and Dallas have challenged the order in court. The Legislature also passed a bill in June banning private businesses from requiring proof of vaccination from customers.”

Montana and Florida have taken similar measures against vaccination requirements. 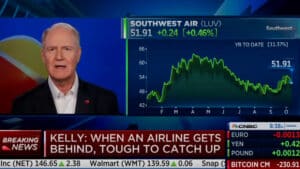 One response to “Governor Abbott Bars Vaccine Mandates in Texas”