'Why Do You Want To Mutilate Children, Beto?'

In the video, Hansen is seen walking up to O’Rourke onstage saying “Beto!” A woman attempts to apprehend Hansen while standing in front of him with her hands raised as the reporter repeats Beto’s name.

“Will you disavow surgery for trans kids?” Hansen asks O’Rourke as he turns his attention toward the reporter.

Others in the crowd begin pushing Hansen back as the reporter continues, “Why do you want to mutilate children, Beto?”

A woman who appears to be in an electric scooter or wheelchair can be seen behind the reporter as someone yells “she’s in a wheelchair!” Hansen is pulled by his sweatshirt by a man in the crowd as another woman appears to push him from the front. Hansen is thrown to the ground as another man grabs the reporter and physically walks him out of the rally.

“F— off!” says one of O’Rourke’s supporters.

“Today I confronted [Beto O’Rourke] at a rally in Dallas — I asked him if he would ‘Disavow surgery for trans kids,'” Hansen said in a late Thursday tweet. “In response, I was choked by his supporters and thrown to the ground. They pulled me backwards over someone in a wheel chair.”

Today I confronted @BetoORourke at a rally in Dallas—

I asked him if he would “Disavow surgery for trans kids”.

In response, I was choked by his supporters and thrown to the ground. They pulled me backwards over someone in a wheel chair. pic.twitter.com/RxTgrukpPM

Hansen provided two videos featuring different angles of the altercation in his post, including his own footage recorded during the assault.

In a follow-up post, Hansen shared a third video with a larger view of the rally. O’Rourke says “we’ll see you later, you’re not on the program” to Hansen as his supporters push the reporter back. The crowd chants “Beto!” as Hansen is thrown to the ground out of frame. Beto asks if everyone was okay in reference to the woman in the wheelchair before saying, “She’s okay, she’s alright.”

“She got knocked over by that a–hole, but she got back up,” Beto tells the crowd.

A fourth angle of the assault was posted by one user though the video was reportedly removed shortly after, according to Hansen. The reporter shared a screen recording of the original post featuring the user claiming Hansen was “knocked to the floor.”

Another one of Beto’s supporters recorded me being choked and thrown down.

He immediately removed it from twitter when he realized that it didn’t make them look like the good guys. pic.twitter.com/DYJZcA5uGp

The user allegedly re-uploaded his video with a different caption reading, “Beto heckler gets crowdsurfed out the building. Elderly lady even tries to help him up at the end.”

The original poster who said I was “slammed” reuploaded the video and is now describing the attack as me being “crowd-surfed”.

He even goes as far as to say a woman tried to help me up when that clearly isn’t what was happening. https://t.co/Y2FjC9XZ02

Hansen said his microphone was damaged during the altercation. In another video, Hansen is seen escorted out of the building by what appears to be O’Rourke’s supporters and Dallas Police Department’s LGBTQ+ liaison Officer Megan Thomas who is wearing LGBTQ themed regalia as she informs the reporter to leave the property.

M. Thomas (badge number 11603) refused to take a report from me and claimed it “wasn’t assault”.

(Apologies for the bad audio quality, my microphone receiver was broken) pic.twitter.com/YZ4evs8C4Q

O’Rourke shared footage of the entire rally to his Twitter account featuring the assault just before the 29-minute mark. 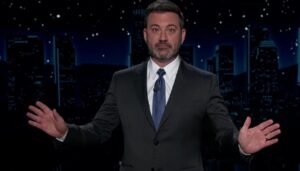