The speech is fueling new speculation the ex-Senator from the Empire State could be considering a third run for the White House.

“She’s beloved by the mainstream members of the Democratic Party and her popularity is likely higher than that of President Biden. It’s good for her because it keeps her relevant and her appearance is likely meant to galvanize the party and the audience,” said one Democratic insider, according to CNBC.

Clinton addressed the state of her party during a December interview with ‘Sunday Today.’

“I think that it is a time for some careful thinking about what wins elections, and not just in deep-blue districts where a Democrat and a liberal Democrat, or so-called progressive Democrat, is going to win,” she said. “I understand why people want to argue for their priorities. That’s what they believe they were elected to do.” 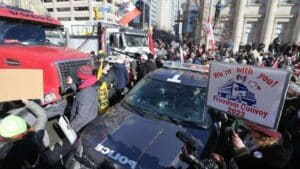