Workers fired from Peloton crashed a virtual meeting after news broke that the fitness company would cut 2,800 jobs.

During an all-hands meeting on Feb. 9, laid-off employees voiced their frustration at the company’s decisions.

“I’m selling all my Peloton apparel to pay my bills!!!” one person wrote in the meeting’s chatroom, according to records obtained by CNBC.

“This is awfully tone-deaf,” messaged another person.

“The company messed up by allowing people who were fired into this chat,” noted one of the meeting’s participants. “Too late to mod [moderate] this.”

McCarthy refused to comment on or confirm at the end of Wednesday’s meeting if terminated employees had accessed the meeting.

“The situation suggests McCarthy will face numerous challenges ahead. The former tech executive is tasked with getting the company back to profitability, but he will need to boost employee morale,” notes CNBC.

The lay-off affects 20% of the company’s corporate workforce. Peloton’s 55 fitness instructors will not be fired.

Fitness instructors are full-time, salaried employees with the company. Senior instructors earn over $500,000 a year, according to a report from Bloomberg.

The company is also scaling back its $400 million dollar factory operation in Ohio where it produces exercise bikes and treadmills.

Foley will stay involved with the company as the Executive Chair.

“Peloton is at an important juncture, and we are taking decisive steps. Our focus is on building on the already amazing Peloton Member experience while optimizing our organization to deliver profitable growth,” Foley wrote in a message to his employees on Feb. 8.

Demand for Peloton’s services and equipment grew after COVID-19 lockdowns in 2020 closed gyms and people were required to stay home. Sales faltered in 2021 after some social distancing restrictions were lessened. 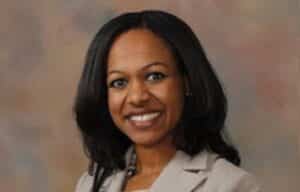