Virginia Deputy Attorney General Monique Miles has stepped down amid scrutiny over her social media posts supporting January 6 protesters and referring to them as “patriots.”

Miles had also shared claims that former President Donald Trump was the rightful winner of the 2020 election.

As Deputy Attorney General, Miles was in charge of overseeing election issues.

Miles’ resignation comes after The Washington Post contacted her office about the social media posts on Thursday.

“The Attorney General has been very clear — Joe Biden won the election and he has condemned the January 6th attacks,” LaCivita added.

In an email to the Post, Miles said that their reporting was a “character assassination to stir up controversy” and wrote that “some liberals have their daggers out for black conservative females.”

“The posts were made at a time when the news was still developing re: the facts around the election, the court cases, the Rally on the Ellipse and what happened at the capitol,” Miles said. “That was before all the audits occurred. These posts have been taken out of context.”

Miles added, “What we know now about the election today is very different from what we knew on Election Day 2020 or even what we knew on the day that President Biden was inaugurated in January 2021. I believe he is our president as he was certified as such.”

The post referring to the protesters as patriots was shared by Miles a couple of hours after the building was stormed.

“News Flash: Patriots have stormed the Capitol. No surprise. The deep state has awoken the sleeping giant,” Miles wrote, according to a screenshot obtained by the Post. “Patriots are not taking this lying down. We are awake, ready and will fight for our rights by any means necessary.” 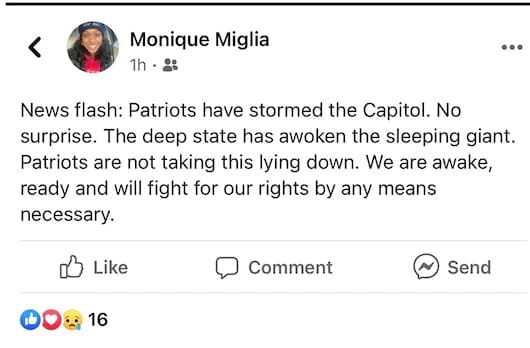 Miles also responded to a comment on her post by asserting that it was a “peaceful protest.” She claimed that any violence was carried out by undercover Black Lives Matter and Antifa activists.

“Patriots are peace loving, Antifa and BLM are not,” Miles wrote. 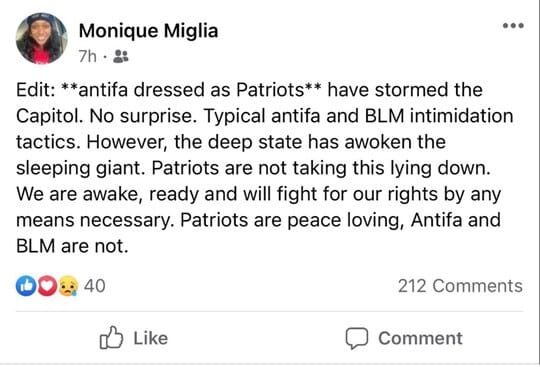 Timcast has reached out to Miles for comment and will update this story if one is provided. 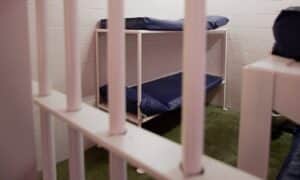