The first wave of children between the ages of 5 and 11 started receiving COVID vaccines Wednesday after the medication received a key endorsement from an advisory panel at the Centers for Disease Control and Prevention.

“In Houston, Texas Children’s Hospital braced on Wednesday for nearly 30,000 pediatric Covid-19 vaccine appointments, a rush that officials said had been booked in just five days. Nationally, Walgreens and CVS pharmacies opened appointment lines for millions of miniature doses. And amid a deluge of demand from parents desperate to get their children at least partially inoculated by Thanksgiving, Dr. Eric Ball realized he would have to skip some of his friend’s daughter’s bat mitzvah,” reports the New York Times.

“With the blessing of federal authorities — and just in time for yet another stressful holiday season — health care providers mobilized nationally this week for a fresh wave of inoculations, this time featuring smaller shots in smaller arms,” adds the newspaper.

The injections are roughly one-third the dose typically administered to older teenagers and adults.

The CDC and FDA only approved the medication from Pfizer, with trials for Moderna and Johnson and Johnson undergoing more tests.

The new advisory means 28 million children are now eligible for the vaccine. 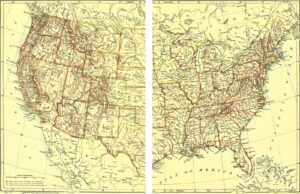 Soft Secession or Federalism In Action?