Soft Secession or Federalism In Action?

Is the existence of differing policies in red and blue states a “soft secession” of two halves? Or are states merely operating on the traditional spectrum of American federalism? At first glance, the widening divide over topics such as COVID and immigration may appear to be a tear in the fabric of the Republic. Upon closer inspection, could it simply be a case of American federalism? And if so, what is driving the states’ behavior?

The tradition of vast differences in state-level policy hearkens back to the Articles of Confederation that were adopted in 1777. The Confederation Period saw that each state, having become independent of British rule, possessed its own distinct laws. The states’ almost total independence resulted in the central government under the Articles of Confederation’s inability to effectively respond to important issues. In 1787, the U.S. Constitution was adopted to resolve these problems. The first ten Amendments to the U.S. Constitution comprise the Bill of Rights. The Tenth Amendment to the Constitution reserves powers not designated by the federal government to the states. The Amendment reads:

“The powers not delegated to the United States by the Constitution, nor prohibited by it to the States, are reserved to the States respectively, or to the people.”

The fifty states have vastly differing rules with respect to governance. For instance, Californians can recall state officials, while New Yorkers cannot do the same. Governors of New York can run for office indefinitely with no term limit, while Virginia Governors are limited to one consecutive term. Most states have an elected Attorney General, while in New Jersey the Attorney General is appointed. States have had their differences since the dawn of the American Republic.

The seeming schism in nationwide unity is well demonstrated by the current humanitarian crisis on the U.S.-Mexico border. While Biden has not visited the U.S.-Mexico border. When pressed by reporters, Press Secretary Jen Psaki cited a 2008 Biden campaign drive-through as an example of the President visiting the border. Biden’s Department of Homeland Security has been entirely ineffectual at containing the border crisis to the extent that human trafficking has completely mushroomed.

Even the incumbent president’s former boss, President Barack Obama, was critical of the Biden administration’s immigration policy, referring to his wide-open-border stance as “unsustainable”:

“It always has been because, on the one hand, I think we are naturally a people that wants to help others. … At the same time, we’re a nation state. We have borders. The idea that we can just have open borders is something that … as a practical matter, is unsustainable.”

Such a pointed criticism from a politician revered by the legacy media was edited from ABC News’ presentation of the story to the public. It’s clear that Biden’s administration has abrogated its responsibility to the American people to manage the border responsibly. No matter how much mainstream media outlets like ABC News try to promote the myth of Biden as a “competent moderate,” the actions of the administration speak louder than the words of news anchors and press secretaries. By protecting Biden through editing comments made by a former president rather than representing the interests of the American public, is it any surprise that trust in the media has reached a near-record low?

The Biden administration’s ideological approach to guiding federal policy has led state governors and legislatures to take matters into their own hands. As a result of the lack of leadership, states have been taking it upon themselves to ensure the security of the U.S-Mexico border. On Oct. 6, Texas Governor Greg Abbott held a meeting with nine other U.S. governors in Mission, Texas, to present a ten-point plan to address the border crisis. The plan centers around working with Mexico and Central America in an effort to stop human trafficking as well as drug trafficking, reinstating Migrant Protection Protocols, and continuing Title 42 public health restrictions.

One might expect that a meeting addressing the border crisis would consist of the governors of all states along the U.S.-Mexico border: Texas, Arizona, California, and New Mexico. While the former two, both Republicans, were present, the latter two, who are Democrats, were noticeably absent. Instead, Republican governors of eight other states — Georgia, Idaho, Iowa, Montana, Nebraska, Ohio, Oklahoma, and Wyoming — were in attendance.

The Oct. 6 border crisis meeting is an outgrowth of the Texas state government’s Operation Lone Star initiative that began in March. Operation Lone Star is a Texas Department of Public Safety initiative designed to combat drug and human trafficking. Earlier this summer, National Guard members and police were sent to Texas by seven Republican-governed states to help secure the border. When Texas mobilized its police and National Guard to protect the border, they were joined by not only Arizona but also Iowa, South Dakota and Arkansas’s National Guard. Ohio, Nebraska, and Florida sent their state police to secure the border. While Democratic-governed border states fail to cooperate with their Republican-governed neighbors, other GOP-led states filled the ensuing void.

Another major topic has divided American leaders like few others: COVID policies. The mainstream media and entertainment industry sought to create the false impression that blue state governors Andrew Cuomo and Phil Murphy had sterling records on handling COVID in contrast to the president (with Cuomo receiving an Emmy for his presentations). The left-leaning media falsely blamed the 45th president and Republican governors who kept businesses and schools open. However, it was Cuomo and Murphy along with three other Democratic governors (Newsom, Whitmer, and Wolf) who ordered COVID patients into nursing homes, resulting in thousands of senior deaths. Conversely, DeSantis and Abbott, the governors of the two largest Republican-governed states, received the most media opprobrium. DeSantis was the victim of several spurious stories related to COVID disseminated by the mainstream media, yet even The New York Times admitted that Florida currently has one of the nation’s lowest daily average case rate over the past seven days. In contrast, New Jersey, a highly restrictive state, incurred the largest COVID death toll per capita for 15 months.

Biden’s heavy-handed, hardline zero-COVID strategy has no realistic end in sight. A George Mason University economist was quoted by former ABC News personality John Stossel as saying: ”We have never eliminated a disease that uses both humans and animals as reservoirs.”

Indeed, as the Daily Mail has reported, scientists have posited that COVID, surviving through animal populations, may never go away. As other countries such as Sweden and Denmark move past lockdowns, some journalists and columnists such as Stossel have called for an end to the “zero COVID” approach.

Biden pledged to “restore the heart and soul of this nation,” yet nothing says restoring America’s heart and soul like enabling a border crisis, rationing COVID treatments in the name of “equity,” and leaving Americans behind in Afghanistan. The creation of a narrative can do wonders on the campaign trail, but all the fawning press coverage in the world can’t obscure the utter failure to serve the interests of the American people. The bold federalism of various states with measures ranging from Operation Lone Star to the vast array of divergent COVID policies is not a sign of an impending secession. Rather, it’s a reaction to the Biden administration’s abandonment of norms. States aren’t clamoring to separate from the Union, they’re stepping in to save the Republic. 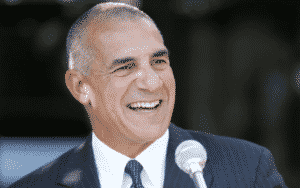