Rep. Ilhan Omar Says She is 'Glad' a Special Counsel Has Been Appointed to Investigate Biden's Classified Docs (VIDEO)

Rep. Ilhan Omar has said that she is “glad” that a special counsel has been appointed to investigate President Joe Biden’s handling of classified documents.

Classified documents have been found in the office of Biden’s former think-tank, as well as in his Delaware home.

The congresswoman discussed the investigation during a Saturday appearance on MSNBC’s Symone.

“I’m glad that there is a special prosecutor that’s been appointed to investigate this,” Omar said. “Because any time there is a deviance in regard to security protocols, that should be taken serious, it should be investigated.”

The show’s host Symone Sanders-Townsend asked Rep. Omar to elaborate, which she did.

“What I find interesting is that Republicans who have defended [former President Donald] Trump after he literally stole classified documents, refused to turn them over, lied about having them, made up some story about how he declassified them, had to have his house raided in order for those documents to be found, are now only interested in investigating Biden, who has cooperated, whose own staff and former staff have themselves turned these documents in,” Omar went on to say.

Attorney General Merrick Garland announced a special counsel for the probe during a press conference on Thursday.

“I strongly believe that the normal processes of this department can handle all investigations with integrity. But under the regulations, the extraordinary circumstances here require the appointment of a special counsel for this matter,” Garland said during the press conference.

Garland added, “this appointment underscores for the public the department’s commitment to both independence and accountability in particularly sensitive matters. And to making decisions indisputably guided only by the facts and the law.”

Garland has appointed former United States Attorney for the District of Maryland Robert Hur to oversee the review of the documents.

Biden claimed to be “surprised” by the discovery of the documents.

House Speaker Kevin McCarthy called for a congressional investigation into the matter.

Democrats have been persistently calling for Trump to face charges for allegedly mishandling classified documents by bringing them to his residence at Mar-a-Lago in Florida after he departed the White House. 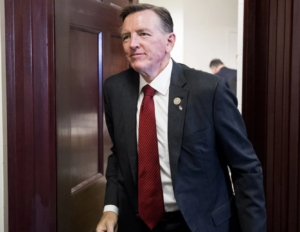