Rep. Madison Cawthorn did not hold back as he took aim at President Joe Biden in a House floor speech on Wednesday.

The 26-year-old lawmaker referred to Biden as an “inept, geriatric despot” while opposing the president’s decision to deploy 3,000 troops to Eastern Europe as tensions continue to flare between Russia and Ukraine.

“Madam Speaker, the sons and daughters of America are not foot soldiers for your party’s inept, geriatric despot. They are not expendable pawns to be dispatched at the whims of an idiot, tossed carelessly around the world to Godforsaken caves and bloody sandboxes. They are Americans, worthy of honor and dignity. The only salute from them Joe Biden deserves involves one finger,” Cawthorn said.

Cawthorn calls Biden a “geriatric despot” and says he deserves a “one finger salute” pic.twitter.com/pmjvCHw70X

“Our greatness is forged in our resistance to interference. The war lobby has no ally in the America-first Republicans. We will preserve our strength through nationalism,” he continued.

Earlier this week, Cawthorn filed a federal lawsuit against members of the North Carolina State Board of Elections (NCSBE) over their attempt to disqualify him for reelection.

A group of challengers recently filed a complaint with the NCSBE alleging that Rep. Cawthorn “does not meet the federal constitutional requirements for a Member of the U.S. House of Representatives and is therefore ineligible to be a candidate for such office,” because he engaged in “insurrection or rebellion” against the United States on January 6th and therefore was disqualified to be a Member of Congress under the US Constitution.

According to a statement provided to Timcast, Rep. Cawthorn vigorously denies that he “engaged in insurrection or rebellion” against the United States, and his suit seeks to enjoin the NCSBE from “employing unconstitutional provisions of North Carolina election law to remove him from the ballot as a Candidate.”

“Running for office is not only a great privilege, it is a right protected under the Constitution,” said Rep. Cawthorn in the statement. “I love this country and have never engaged in, or would ever engage in, an insurrection against the United States. Regardless of this fact, the Disqualification clause and North Carolina’s Challenge Statute is being used as a weapon by liberal Democrats to attempt to defeat our democracy by having state bureaucrats, rather than the People, choose who will represent North Carolina in Congress. I’m defending not only my rights, but the right of the People to democratically elect their representatives.” 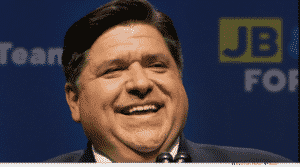