Adults over 21 can now buy cannabis without a medical card

Adults over the age of 21 can buy one ounce of cannabis per transaction from one of 13 dispensaries in the state without a medical card.

“Today, recreational adult-use cannabis sales begin in New Jersey,” tweeted New Jersey Governor Phil Murphy in a statement on April 21. “Today is the start of an entirely new industry for our state, and a historic moment in our work to advance social and economic justice.”

All marijuana sales are subject to a 6.625% tax and a social equity excise fee of approximately 0.3%.

Analysts have predicted the legalization of recreational marijuana could be worth $2 billion by 2025.

“Some of the largest marijuana stocks were rising on Thursday. Aurora Cannabis [ACB] was gaining 0.2%, Tilray Brands ( TLRY ) rose 0.7%, and Canopy Growth Corp. ( CGC) gained 2%,” reports Barron’s. “These companies are Canadian marijuana companies, which have steadily been increasing their presence in the U.S. as legalization gains traction at both the state and federal level.”

Legalizing marijuana was initially proposed in a ballot measure in November 2020 and was supported by voters. Murphy signed the bill into law in February of 2021.

“Our current marijuana prohibition laws have failed every test of social justice, which is why for years I’ve strongly supported the legalization of adult-use cannabis,” the governor said in a statement at the time. “Maintaining a status quo that allows tens of thousands, disproportionately people of color, to be arrested in New Jersey each year for low-level drug offenses is unjust and indefensible.”

The New Jersey Cannabis Regulatory Commission announced on April 14 that it had issued licenses to seven alternative treatment centers for adult-use cannabis sales.

“This is an exciting time for New Jersey,” said Jeff Brown, the executive director of the NJ-CRC. “New Jerseyans voted overwhelmingly to have access to adult-use cannabis and it is now here. I am very proud of the work the Commission has done over the past year to open the market. We have been intentional and deliberate to do everything in our power to set the market on good footing to start.”

“We remain committed to social equity,” said Commission Chair Dianna Houenou. “We promised to build this market on the pillars of social equity and safety. Ultimately, we hope to see businesses and a workforce that reflect the diversity of the state, and local communities that are positively impacted by this new and growing industry.”

The state’s dispensary told the NJ-CRC that they are prepared for the increased demand and are prepared to meet it without disrupting patient access to medical marijuana.

“Facilities are expected to implement special lines or hours, online ordering, curbside pick-up, or home delivery to ensure patient access is uninterrupted,” the committee noted in an announcement on April 20.

“We encourage everyone to be safe – buy only from licensed dispensaries and start low and go slow. Remember that the laws against impaired driving apply to being high,” cautioned Brown. “Our guests from neighboring states should remember it is illegal to transport cannabis across state lines.” 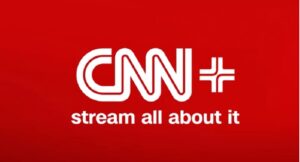 CNN+ is Shutting Down — Less Than a Month After Launch