CNN+ is Shutting Down — Less Than a Month After Launch

Warner Bros. Discovery has announced that they are shutting down the CNN+ streaming service, less than a month after it launched.

“The decision puts an abrupt end to an ambitious venture that people familiar with the matter say rankled David Zaslav, the new CEO of Warner Bros. Discovery, from the start. Zaslav was annoyed by the decision of Jason Kilar, the former CEO of WarnerMedia when it was owned by AT&T, to launch CNN+ just weeks before Discovery was set to take over operations,” Variety reports.

Two days before the cancellation was officially announced, Axios reported that Warner Bros. Discovery had suspended all external marketing spend for CNN+ and laid off CNN’s longtime chief financial officer.

“Around $300 million has been spent and hundreds of jobs have been created to support the service,” according to Axios.

However, CNN+ was only able to generate roughly 150,000 subscribers after the launch.

CNN had originally planned to invest a billion dollars and hire “hundreds” of journalists to cover a wide range of topics for the streaming service. The company had even convinced reporters to leave other networks and join the project, including Fox News’ Chris Wallace and NBC News’ Kasie Hunt.

CNN+ employees will be paid for the next 90 days and be given opportunities to explore other positions around the company, according to Variety. 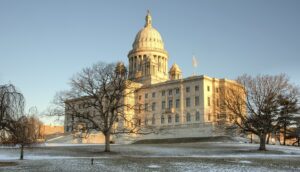