Employees could also face a $5,000 fine for each violation of the proposed policy

A group of lawmakers in Rhode Island wants residents who have not taken the COVID-19 vaccine to face financial penalties.

“It’s really important that we take all of the precautions we can to make sure that everyone in Rhode Island is vaccinated,” Bell said, per WPRI.

The Democrat compared the fine to speeding tickets during his introduction of the bill.

“Plenty of people break all sorts of rules and if they get caught they pay a fine,” he said. “It’s not a particularly severe penalty.”

Parents are required to ensure their children under the age of 16 are vaccinated against COVID-19 under the policy and will face consequences for not complying.

Once residents become eligible for the vaccine, they have 40 days to begin the multi-dose immunization process and they are required to get every dose, including booster shots, for which they qualify.

The state’s department of health would be authorized to review applications for exemptions and to determine if “any additional immunizations against COVID-19 as may become available” will be mandatory.

Children ages 10 and older would have to sign any exemption petition filed on their behalf.

Noncompliance penalties would be suspended once the health department receives the petition. The petitions are subject to an investigation conducted by the department.

Employers who do not submit proof that their in-person work employees have complied with the bill would face a $5,000 per month fine for every violation.

If enacted, the policy would go into effect after 30 days.

“I have not, nor will I ever support, legislation that coerces Rhode Islanders into making medical decisions or face steep financial damages,” she said in a letter to her constituents. “This is an unconscionable overreach of legislative powers.”

“This is dangerous legislation and sends the message that our government doesn’t trust you to make the right choice for you and your family,” she added.

While she predicted the bill had “little chance of passing,” she said she is “not taking it for granted” and encouraged Rhode Islanders to contact S-2552’s sponsors and speak out against the measure.

Bell shared a screenshot on Twitter of one angry email he has received regarding his proposed policy but said that he “was a nerd in middle school” and that therefore he knows “how to handle” being bullied.

He described the Rhode Islanders who oppose the universal vaccine mandate to WPRI as “divorced from the realities of science.”

The bill was introduced in March and is currently being considered by the Senate Health and Human Services Committee.

According to data reported by the Providence Journal, 82% of that state’s eligible population is fully vaccinated and 98% has received at least one dose of the COVID-19 vaccine. 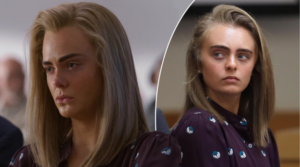