Hulu just released a new miniseries, The Girl From Plainville, that raises questions about how storytellers should depict real-life events while maintaining nuance and objectivity.

The show tells the story of Michelle Carter, a Massachusetts teen who was convicted of involuntary manslaughter in 2017. Her then-boyfriend, Conrad Roy III, committed suicide after getting phone calls and text messages from Carter encouraging him do it.

True crime stories centered around female perpetrators are proving to be the most compelling stories trailblazing in entertainment as they aim to capture the power of unbridled psychological manipulation. Although there has been a push for more media depictions of strong heroines rather than female villains, it seems that women’s capacity for cerebral monstrousness is an untapped source of fascination.

Elle Fanning stepped up to the task of playing Michelle Carter with a painstaking attention to details of the teen’s interior life and motivations. The Maleficent actress noted Carter’s fixation on her favorite TV series, Glee, and particularly her compulsion to imitate the grief of Lea Michelle’s character at the loss of her boyfriend: “I know every mannerism that she does in that scene. I have a legal pad of notes. I wrote down every time she blinked, every time she moved her hand with each word to mimic the emotion. It was a real exercise. I felt really connected to her,” Fanning told Variety.

Fanning was challenged to identify in a profound way with the young woman despite the monstrosity of her actions: “I could relate in a sense — especially when you’re young, I think you’re always trying on different outfits and masks and figuring out who you are. That was very relatable.”

Chloe Sevigny was cast as Lynn Roy, mother of Conrad Roy. She expressed that her first impression of the case led her to examine her immediate bias against Carter: “I remember seeing her in magazines, and immediately thinking she was guilty, and being, like, ‘What a bitch’… So like, wow: I’m really complicit in seeing this beautiful blonde girl and thinking that just because she’s beautiful and blonde, she’s a demon.”

Sevigny’s confusion about Carter brings up a dissonance in viewers who are accustomed to getting bombarded with media depictions of women with flawless judgment and unshakeable virtue, using both wit and physical might to defeat their adversaries.

After seeing the same tired tropes of female leads who can do no wrong, there is undoubtedly a tantalizing appeal in observing a female character use tactics of psychological manipulation for self serving and morally objectionable ends. The trend of female true crime villains gaining traction is cause for optimism that black and white writing of strong female leads with a constant moral high ground is falling out of style. Audiences are craving stories where characters have enough depth to model both good and evil with full moral agency. And incidentally, it will serve female viewers better to depict women as multifaceted individuals — with a great capacity for both empathy and deception. 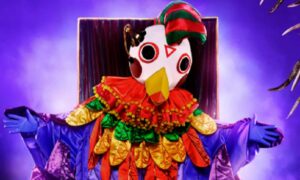