Girardi, 51, was served after arriving at the Los Angeles International Airport with her co-star Lisa Rinna on their way home from a Hawaiian vacation.

According to Page Six, who obtained a video of Girardi being served, the lawsuit was filed by Edelson PC and accuses her of nine charges including “racketeering, conspiracy to commit racketeering, unlawful business practice and deceit, among others.”

Erika Jayne returns home from a trip to Hawaii and is served with a $50 million lawsuit. #RHOBH pic.twitter.com/5RlDi0Gg53

“Tom and Erika routinely misappropriated client settlement money to project an image of wealth and to prop up a lifestyle made for reality TV,” the lawsuit claims. It additionally alleges that her EJ Global company “was created for the purpose of funneling money from Girardi Keese to benefit Erika.”

The complaint accuses her of “flaunt[ing]” her lavish lifestyle and “acting as the ‘frontwoman’ of the operation, selling to the world (including unsuspecting clients) that Girardi Keese was successful.”

The reality television personality and her 81-year-old lawyer husband Tom Girardi are currently in the midst of another legal battle that alleges the couple embezzled money meant for families of the victims of the fatal 2018 Lion Air plane crash in order to fund her lavish lifestyle.

The allegations were laid out in a 2020 Los Angeles Times article titled “The rise and fall of Tom Girardi and Erika Jayne.”

“He stands accused of stealing millions of dollars from vulnerable clients, including Indonesian children orphaned by a plane crash and a burn victim in the PG&E pipeline explosion,” the article explained. “His creditors have demanded payment in court, among them high-interest lenders, fellow lawyers, a security company that once guarded his Pasadena mansion, and his first wife. Nearly all the attorneys who worked at his firm, Girardi Keese, have left, including his own son-in-law, and last month Jayne petitioned for divorce.”

Erika Girardi has not actually filed for divorce at this time, claiming on the television show that she would have to pay him alimony if she did.

“Like, I’m legally separated, so my life has moved on and everything is separate. But I can’t get a divorce right now. There’s so much legal s—t going on,” she said.

The Real Housewives of Beverly Hills has highlighted Erika Jayne’s excessive spending for years. She has boasted about dropping $40,000 a month on clothes, hair and makeup as part of her attempts to become a pop star. The previous lawsuit asserts that Tom Girardi “improperly funneled more than $20 million to Jayne’s entertainment company.”

The new Edelson PC complaint claims that the Real Housewife knew about her husband’s wrongdoings the entire time, something that she has denied on her reality show. He referred to Girardi’s firm as a “criminal enterprise” in an email to Page Six. 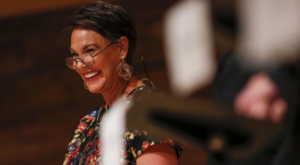