The first batch of content was released Friday and the collaboration, “Hotter Than Hell x OnlyFans,” will conclude December 2023.

Azalea’s “Hotter Than Hell x OnlyFans” promotional video features the rapper recording herself laying in bed wearing undergarments as video of Azalea is streamed in the background on a group of CRT televisions.

“I’ve been working on ‘Hotter Than Hell’ for six months already and I’m full of excitement and nervous anticipation to begin revealing it to the world, layer by layer,” Azalea said in a statement, per the New York Post.

“Admittedly, I never knew OnlyFans was a place where I could be creative, so I didn’t expect to be collaborating with them on my biggest project to date,” she continued. “Once I looked beyond the surface level chatter about what it means to have an OnlyFans, I realized it was the perfect platform to launch a multimedia concept on,” she said. “I feel excited about not having to worry about the overwhelming and creatively limiting censorship artists have to navigate when sharing work on other digital platforms.”

“The project is bold and fun — so is this collaboration — I think it’s going to surprise a lot of people,” the rapper added.

In 2021 Azalea expressed support for users selling content, though said she would never join the subscription based platform.

“I think OnlyFans can be really empowering for people, But I WILL NEVER, EVVVER join,” Azalea wrote on Twitter in a now-deleted tweet, Insider reported.

“I don’t want to make that type of content & it only f— up the bag for ppl on there who really bout that life. Shoutout to the baddies tho!!!!”

OnlyFans advertises itself as a social platform revolutionizing creator and fan connections allowing users to monetize content while “developing authentic relationships” with their fanbase. The platform gained notoriety for attracting users providing adult content available for purchase through subscriptions. 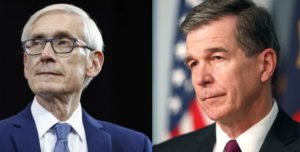