Senator Rand Paul has called for General Mark Milley to be court martialed for working to “subvert the military chain of command and collude with China,” if the report is true.

Bob Woodward’s new book alleges Gen. Milley secretly met with Chinese military officials because he feared that then-President Donald Trump was gearing up for war with them.

The report said that Milley told his Chinese counterpart, “you and I have known each other for now five years. If we’re going to attack, I’m going to call you ahead of time. It’s not going to be a surprise.”

In a tweet on Wednesday, the Kentucky senator wrote “I don’t care what you think of President Trump, the Chairman of the JCOS working to subvert the military chain of command and collude with China is exactly what we do not accept from military leaders in our country. He should be court martialed if true.”

I don’t care what you think of President Trump, the Chairman of the JCOS working to subvert the military chain of command and collude with China is exactly what we do not accept from military leaders in our country. He should be court martialed if true. https://t.co/cqWo2rXLEC

In a follow up tweet, Sen. Paul added, “Couple that with his inept handling of the withdrawal from Afghanistan, and it is clear General Milley is no longer fit to serve as Chairman of the Joint Chiefs of Staff and should be removed immediately.”

Trump has said that if Woodward is correct, Milley should be tried for treason.

“If the story of ‘Dumbass’ General Mark Milley, the same failed leader who engineered the worst withdrawal from a country, Afghanistan, in U.S. history, leaving behind many dead and wounded soldiers, many American citizens, and $85 Billion worth of the newest and most sophisticated Military equipment in the world, and our Country’s reputation, is true, then I assume he would be tried for TREASON in that he would have been dealing with his Chinese counterpart behind the President’s back and telling China that he would be giving them notification ‘of an attack,’” Trump said in the statement. “Can’t do that!”

However, the former president went on to say that the story was fake and “concocted by a weak and ineffective General together with two authors” who he says he declined to be interviewed by because they “write fiction.”

In a letter to Biden, Rubio demanded that Milley be fired.

“I write with grave concern regarding recent reporting that General Mark Milley, Chairman of the Joint Chiefs of Staff, worked to actively undermine the sitting Commander in Chief of the United States Armed Forces and contemplated a treasonous leak of classified information to the Chinese Communist Party in advance of a potential armed conflict with the People’s Republic of China (PRC),” Rubio wrote. “These actions by General Milley demonstrate a clear lack of sound judgement, and I urge you to dismiss him immediately.”

“General Milley has attempted to rationalize his reckless behavior by arguing that what he perceived as the military’s judgement as more stable than its civilian commander,” Rubio continued. “It is a dangerous precedent that could be asserted at any point in the future by General Milley or others. It threatens to tear apart our nation’s longstanding principle of civilian control of the military.”

Rubio concluded, “you must immediately dismiss General Milley. America’s national security and ability to lead in the world are at stake.” 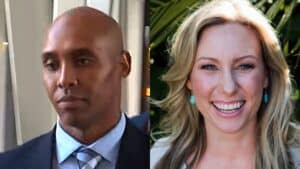