Race Relations in the U.S. Plummet for the Second Year in a Row

Relations between Black and White Americans fell for the second consecutive year, according to a new poll.

The analytics and advisory company reports this year that “42% of Americans say relations between the two groups are ‘very’ or ‘somewhat’ good, while 57% say they are ‘somewhat’ or ‘very” bad.’”

For comparison, 70% of U.S. adults positively rated Black-White relations in 2013. That number declined to 47% in 2015 and recovered slightly the next year.

The Daily Mail reports, “last year, the same poll found black-white relations for 44 percent positive in the aftermath of George Floyd’s murder and the subsequent nationwide protests and calls for racial justice. And only 40 percent of black adults are optimistic there will be racial harmony, as opposed to 60 percent of white adults.”

George Floyd’s death and the subsequent turmoil that plagued cities across America in the summer of 2020 is believed to be the cause of the change. According to Axios, “the protests that took place in 140 U.S. cities this spring were mostly peaceful, but the arson, vandalism and looting that did occur will result in at least $1 billion to $2 billion of paid insurance claims — eclipsing the record set in Los Angeles in 1992 after the acquittal of the police officers who brutalized Rodney King.

Between July 1 and July 5, the poll asked 1,381 adults for their views on race relations in America. This included an oversample of Black Americans weighted to their correct proportion of the population, the company notes. Participants live in every state and Washington, D.C.There is a margin of error of plus or minus 3 percentage points as well as a 95% confidence level. 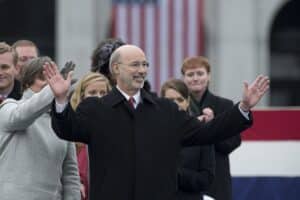