Governor Wolf was sued in May of 2020 over his mandates regarding capacity limits on indoor and outdoor gatherings, the closure of ‘non-life sustaining’ businesses, and stay-at-home orders during the pandemic lockdown.

When Wolf’s statewide “mitigation efforts” went into place in March 2020, his office said that his administration “[supported] local law enforcement, permitting entities, and local officials to enforce if needed” and that “the governor [did] not want to expend valuable resources from the state police and PA National Guard because irresponsible people choose not to do the right thing.”

The lockdown measures were supported by many Pennsylvanians as a necessary safety measure during the outbreak of COVID-19. The stay-at-home orders and business restrictions are often credited with dressing the coronavirus infection rate during 2020.

“Other state and federal courts have rejected various challenges to Wolf’s authority to impose public health orders in response to the pandemic,” according to NBC Philadelphia.

In his decision, Stickman emphasized, “Even in an emergency, the authority of government is not unfettered… The constitution cannot accept the concept of a ‘new normal’ where the basic liberties of the people can be subordinated to open-ended emergency mitigation measures.”

Now, almost over a year later, the U.S. Court of Appeals for the Third Circuit heard arguments on behalf of the plaintiffs and defendants regarding the lockdown restrictions.

Phill Kline, Director of the Amistad Project of the Thomas More Society, which is supporting the litigation, described the case as “the most significant case related to the COVID lockdowns.”

“Governor Wolf’s exertion of police powers cost thousands of Pennsylvanians their jobs, livelihoods, dignity, and freedom,” he said in a press release. 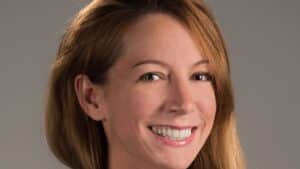