Reporter Felicia Sonmez has filed a lawsuit against the Washington Post alleging that the paper discriminated against her by barring her from covering the #MeToo movement after she told her personal story of being sexually assaulted.

The lawsuit, filed Wednesday in the Superior Court of the District of Columbia, names the Post, former Executive Editor Marty Baron, Managing Editors Cameron Barr and Tracy Grant, National Editor Steven Ginsberg and others from the newsroom.

Sonmez alleges in her lawsuit that she suffered “economic loss, humiliation, embarrassment, mental and emotional distress, and the deprivation of her rights to equal employment opportunities” after the paper said she was no longer allowed to cover stories involving sexual assault.

“At various times, Ms. Sonmez became severely depressed, developed intense anxiety and received treatment from therapists and psychiatrists who she continues to see today,” the lawsuit states, according to a report from The Hill.

In March, Sonmez blasted the paper in a 16 tweet thread about how their treatment of her opened up trauma about her past assault.

“I’ve tried to keep my head down and just do my job the best I can, despite having to take myself off sexual assault-related stories at least once every week or two, sometimes even more often,” Sonmez tweeted.

In the thread, Sonmez said that she had been removed from covering stories related to Brett Kavanaugh.

“I faced no ban my first three months on the job. I wrote #MeToo-related stories with no problem. It was only once the Kavanaugh story broke in Sept. 2018 that the editors enacted one,” she tweeted. “It was lifted several months later, then reinstated in late 2019 when I was being attacked online after the publication of a story about the man who assaulted me. The ban has been in place ever since, for more than a year now.”

Sonmez had alleged that she was sexually assaulted by a former boss at the Los Angeles Times in an interview with the Columbia Journalism Review.

Sonmez issued a statement through her attorney saying that her editor’s actions “retraumatized and humiliated me by forcing me to relive my assault at work, over and over, whenever news broke and a colleague would ask why I wasn’t allowed to cover a story.”

“Not all survivors publicly share their stories. But all survivors of trauma, including sexual assault, deserve the full support of their newsrooms,” she said. “They should never have to fear that they will be punished, silenced or barred from doing their jobs because of what was done to them.”

The Washington Post has not yet commented on the lawsuit or the allegations from Sonmez. 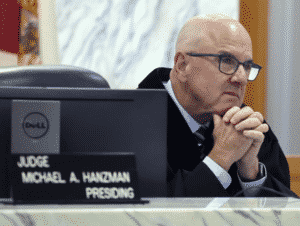