Nearly 100 people have died as a result of the Champlain Towers South collapse.

A Florida judge has ordered the victims and families who suffered loss because of the devastating Surfside condo collapse will get a minimum of $150 million in initial compensation.

Miami-Dade Circuit Judge Michael Hanzman said in a hearing that “the court’s concern has always been the victims here…Their rights will be protected.”

The sum derives from the $50 million insurance payment as well as $100 million from the sale of the Miami-area property.

The Champlain Towers South building collapsed on June 24 at 1:23 A.M. Emergency personnel and search crews are still clearing away the rubble. It is possible that its collapse was the worst building failure in U.S. history, and the death toll continues to climb.

On June 13, Miami-Dade County Mayor Daniella Levine Cava said at a news conference that 14 people remain unaccounted for, which includes 10 victims whose bodies have been recovered but not yet identified — leaving potentially four more victims to be found.

Currently, at least 97 people have been confirmed to have died as a result of the collapse.

The court-ordered compensation excludes any proceeds from the multitude of lawsuits already filed by victims and their families.

“The building was just undergoing its 40-year recertification process when it collapsed. That came three years after an engineer warned of serious structural issues needing immediate attention. Most of the concrete repair and other work had yet to be started,” reports AP News.

The National Institute of Standards and Technology, a division of the commerce department, has been tasked with leading the inquiry to the building’s failure. They were also the ones who investigated the World Trade Center’s collapse on 9/11.

NIST Director James Olthoff said during a June press conference, “this will be a fact-finding not fault-finding technical investigation…It will take time, possibly a couple of years but we will not stop until we have determined the likely cause of this tragedy.”

A decision on what to do with the property has not been made. Some residents want to rebuild on the site while others feel it should be left as a memorial to those lost. 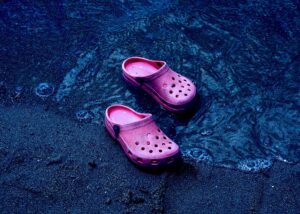