'If we repeat this...haul 1,000 times – the Great Pacific Garbage Patch will be gone,' nonprofit founder said

More than 100,000 kilograms of plastic has been removed from the Great Pacific Garbage Patch (GPGP), marking a milestone for the non-profit organization The Ocean Cleanup.

The GPGP is a widely dispersed patch of garbage floating in the ocean between Hawaii and California. Researchers say the area is double the size of Texas and contains more than 2.7 metric tons of plastic.

Founded by 16-year-old Boyan Slat, The Ocean Cleanup project has assembled a team of engineers and scientists to build large-scale machines that remove trash and plastic from oceans and waterways around the world. 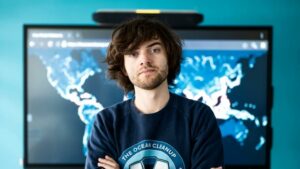 In August 2021, the company deployed its System 002 (nicknamed “Jenny”), which has now collected 101,353 kilograms of plastic during 45 extractions, sweeping an area of the GPGP comparable to the size of Rhode Island.

“I’m proud of The Ocean Cleanup team for crossing this milestone, which is all the more remarkable considering System 002 is still an experimental system,” Slat said in a statement. “Now our technology is validated, we are ready to move on to our new and expanded System 03, which is expected to capture plastic at a rate potentially 10 times higher than System 002 through a combination of increased size, improved efficiency, and increased uptime. Our transition to System 03 is starting soon.” 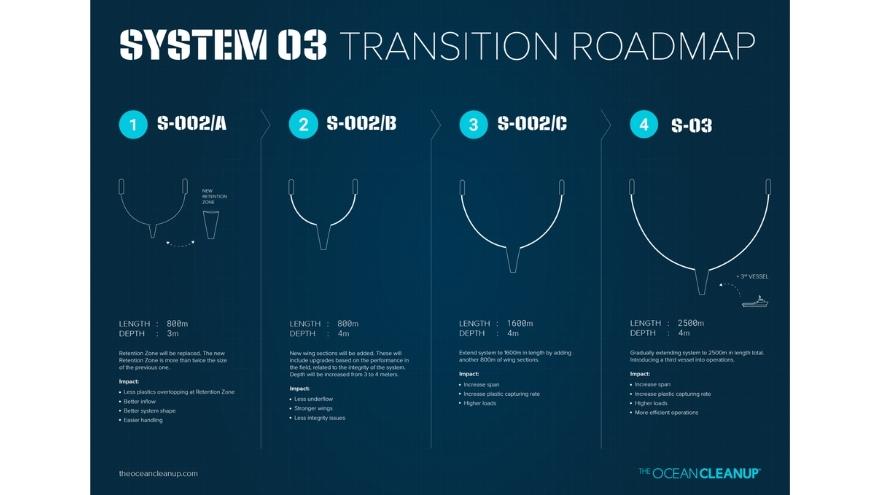 In order to clean such a large area of the ocean, Slat’s team created technology that deployed an artificial coastline to concentrate plastic. System 002 uses a long U-shaped barrier that guides plastic to a retention zone. It moves at a speed of roughly 1.5 knots to capture plastic, similar to using a net to catch large numbers of fish.

The system is able to fetch plastic as small as a few millimeters in size, up to debris ten meters wide. After capture, the garbage is extracted and recycled.

The Ocean Cleanup will now focus on scaling up the project to System 03, which is three times the size of System 002 and is expected to be ten times as effective. 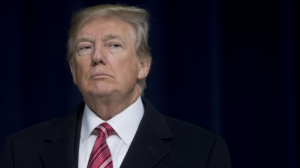