The new plot line in the years-long saga between Donald Trump and agents from the Federal Bureau of Investigations (FBI) is that the former president allegedly possessed classified documents relating to nuclear weapons at his residence in Palm Beach, Florida.

Reports earlier in the week suggested that a confidential source identified what classified documents Trump held and the location of those documents, sparking the raid on Trump’s home at Mar-A-Lago on Aug. 8.

The raid ignited a national firestorm.

The siccing of the federal law enforcement apparatus to execute a pre-dawn raid on a top partisan foe is a contemptible act of raw political bloodlust. The Biden Regime has taken America to hitherto unprecedented depths of depravity.

A caravan of black, unmarked SUVs escorted a Ryder truck carrying federal agents who stormed the property, searching an office, storage area, and even tearing through the former First Lady’s bedroom.

There was bipartisan support, as Americans demanded answers as to why a former president was subject to such a dramatic show of force in a sharp escalation in tensions over whether he possessed unauthorized material.

DOJ must immediately explain the reason for its raid & it must be more than a search for inconsequential archives or it will be viewed as a political tactic and undermine any future credible investigation & legitimacy of January 6 investigations.

At a minimum, Garland must resign or be impeached. The search warrant must be published. Christoper Wray must be removed. And the FBI reformed top to bottom.

It took three days for the DOJ to respond publicly.

On Aug. 11, U.S. Attorney General Merrick Garland announced that he personally authorized the raid and that he supported the unsealing and release of the search warrant the FBI used to justify its actions.

The release of such documents while an investigation is ongoing is highly unusual. However, in a motion filed in federal court on Aug. 11, the DOJ stated, “The public’s clear and powerful interest in understanding what occurred under these circumstances weighs heavily in favor of unsealing.”

Trump, late Thursday, called for the “immediate” release of the federal warrant that was the basis to search Mar-A-Lago.

The former president posted on his social media network Truth Social, “Not only will I not oppose the release of documents related to the unAmerican, unwarranted, and unnecessary raid and break-in of my home in Palm Beach, Florida, Mar-a-Lago, I am going a step further by ENCOURAGING the immediate release of those documents, even though they have been drawn up by radical left Democrats and possible future political opponents, who have a strong and powerful vested interest in attacking me, much as they have done for the last 6 years…”

The DOJ is expected to release the warrant to the public some time on Friday, Aug. 12. 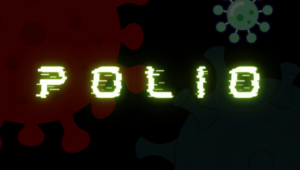