Russian Interior Ministry Blames the West For the Conflict in Ukraine

The order restricts movement in and out of six regions that border Ukraine — Krasnodar, Belgorod, Bryansk, Voronezh, Kursk and Rostov — as well as Crimea and Sevastopol, which Russia annexed in 2014. 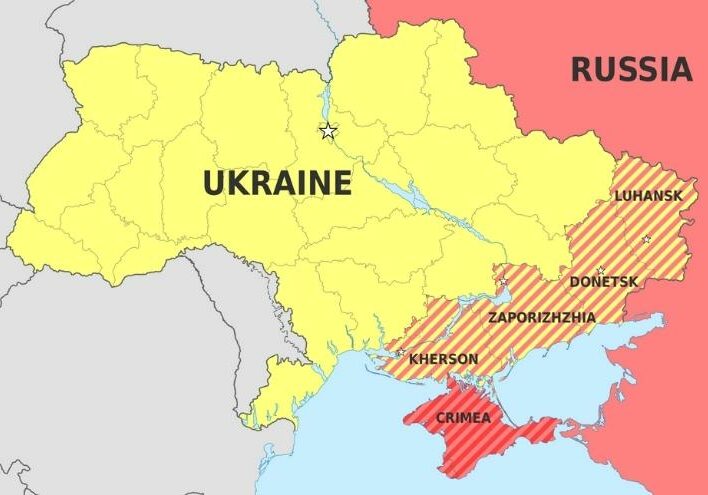 “I have signed a decree on the introduction of martial law in these four constituent entities of Russia,” Putin said at a meeting of Russia’s Security Council. “It will immediately be sent to the Federation Council for approval. The State Duma has been notified of this decision.”

Putin also said martial law had already been in effect in the contested territories since before the annexation.

“Now we need to formalize this regime in the framework of the Russian legislation,” he stated.

The martial law declaration is effective as of Oct. 20, gives law enforcement agencies three days to provide specific proposals, and orders the creation of defense forces in the four seized regions, according to the Associated Press (AP).

“We are working to solve very difficult large-scale tasks to ensure Russia’s security and safe future, to protect our people,” Putin said at the start of the Security Council meeting. “Those who are on the frontlines or undergoing training at firing ranges and training centers should feel our support and know that they have our big, great country and unified people behind their back.”

Russia’s Interior Ministry says that personnel have been activated, particularly in border territories. Vladimir Kolokoltsev, head of the Interior, blamed the West and its support of Ukrainian President Volodmyr Zelensky for tensions in the region.

“Among the new challenges are the aggressive Western policy and the openly provocative and terrorist nature of the ruling Kiev regime’s actions,” he said.