Psaki: Biden Is 'Confident' Eviction Moratorium Is 'Within The Law'

During Thursday’s press briefing, White House Press Secretary Jen Psaki said President Biden was “confident” that the Centers for Disease Control and Prevention’s (CDC) eviction moratorium was “within the law,” despite the president saying earlier this week that it is likely unconstitutional.

“With the eviction moratorium, landlord groups are already bringing legal action and the courts are requiring some steps of respondents by tomorrow and so forth,” a reporter said. “Given that, is the President still confident that the CDC’s action is within the law?”

“Yes, and he would not have moved forward if not. We don’t — we can’t control, of course, what the courts do,” Psaki responded. “We certainly understand that. Separate branches of government, but also they’ll make their own decisions.”

Biden assured his supporters, however, that during the time it takes for the courts to strike it down, the eviction moratorium will still aid those who don’t want to pay rent.

“At a minimum, by the time it gets litigated, it will probably give some additional time while we’re getting that $45 billion out to people who are, in fact, behind in the rent and don’t have the money,” Biden said.

In June, the Supreme Court ruled that the CDC “exceeded its existing statutory authority by issuing a nationwide eviction moratorium … clear and specific congressional authorization (via new legislation) would be necessary for the CDC to extend the moratorium past July 31.”

The necessary congressional authorization failed to receive enough votes last week, so the CDC subsequently went ahead and issued a nationwide eviction moratorium on Wednesday. 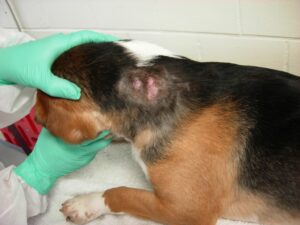 Dr. Fauci Spent $424,000 to Have Beagle Puppies Bitten to Death By Flies

3 responses to “Psaki: Biden Is ‘Confident’ Eviction Moratorium Is ‘Within The Law’”