Protesters Gather in DC to Demand Justice for Demonstrators at the Jan. 6 Riot

On Sept. 18, hundreds of protesters gathered at Washington D.C. to advocate for justice on behalf of those who were arrested after participating in the “Stop the Steal” demonstration on Jan. 6, 2020. Elad Eliahu interviewed several attendees who differ in their views of what occurred on that day and what repercussions the rioters should face. 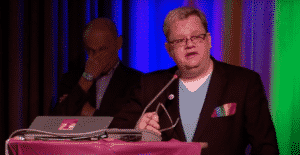 Gay Swedish Male Priest, Whose Dream Was to be a Mother, Refuses to Marry Heterosexual Couples