Gay Swedish Male Priest, Whose Dream Was to be a Mother, Refuses to Marry Heterosexual Couples

“I’ve stop marrying heterosexual couples. I want to show the absurdity of refusing marriage to two consenting adults,” Gårdfeldt, 56, who practices in the Carl Johan Parish located in Gothenburg, reportedly announced in an interview with a Swedish publication ahead of Sweden’s “Church Elections,” which take place every four years. He said he wants to show that the church’s position is “theologically and ethically reprehensible.” Gardfeldt’s protest is against the “right of way,” referring to a loophole that allows individual priests the right to decline to marry a couple if they are morally opposed to their union.

“In Sweden we have freedom of speech and Lars Gårdfeldt is a debater,” Torgny Lindén, press secretary for the church, said in a statement released to Timcast. “Bishop Susanne Rappmann says that Lars Gårdfeldt does important work for the rights of HBTQ people, but she refrains from commenting on what he says in the debate.”

The Church of Sweden is host to the nation’s largest Christian denomination and has allowed same-sex couples to wed since 2009, despite the absence of a formal requirement for priests to agree to perform homosexual unions. The Church of Sweden has nearly 6 million members.

According to Sweden’s Expressen newspaper, Gårdfeldt said he experienced “great sadness” that he would no longer wed heterosexual couples, but noted that he felt a need to tackle homophobia. “I want to fix the debate,” he said. “We should not recruit new anti-gay priests. We should not ordain new priests who pass on the idea that homosexuals are inferior people.”

The Swedish publication Fria Tider, which Reuters described as a “right-wing” and “junk news” website, reported that Gårdfeldt authored “a novel with pornographic homosexual elements.” The book is available on Goodreads and the title translates to “Does God Hate Gays? Theological understandings of gays, bisexuals, and transgender people.” The 295-page book is available in hardcover and was published on December 1st 2005 by Swedish book publisher Normal Förlag.

In July 2014, a blog site called “Feministik Perspektiv” published what appears to be an in-depth and wide-ranging interview with Gårdfeldt titled, “The Princess of Politics.” An excerpt from the article reads: “Lars grew up in Kristinehamn in Värmland. The first thing he wanted to be was not a priest, teacher, or top political candidate for one of Sweden’s fastest-growing small parties, the Feminist Initiative. No, what Lars most wanted to be was a mother. As a child, he enjoyed playing games that involved ironing clothes and cooking. Everything to become a real mother.”

Timcast reached out to the Church of Sweden for comment on Gårdfeldt’s refusal to marry heterosexual couples. 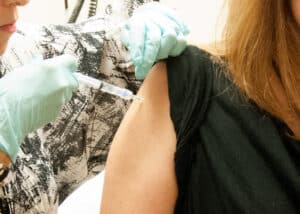