According to the legal filing, JP Morgan “knowingly, negligently, and unlawfully provided and pulled the levers through which recruiters and victims were paid and was indispensable to the operation and concealment of the Epstein trafficking enterprise.”

Prosecutors say that the bank facilitated and concealed wire transfers and cash transactions that should have triggered suspicious activity (SAR) reports, adding that “human trafficking was the principal business of the accounts Epstein maintained at JP Morgan.”

Epstein — who owned a 70-acre private island in the Caribbean — was a registered sex offender, following a conviction in 2008 after pleading guilty to a single count of solicitation of prostitution with a minor in Palm Beach, Florida. Under Virgin Islands law, he was considered a “Tier 1 offender” based on his Florida conviction.

After his conviction, Epstein formed a network of companies and non-profit organizations that engaged in sex trafficking, forced labor, sexual assault, child abuse, and sexual servitude of young women and children, according to court documents.

A federal court filing from 2019 shows that Epstein’s net worth exceeded $500 million, which included $112.7 million in equities and nearly $195 million in hedge funds and private equities. Virgin Islands’ attorney general Denise George argues in the lawsuit that Epstein deposited funds with JP Morgan in exchange for the “facilitation of and participation in Epstein’s sex-trafficking venture.”

JP Morgan and its employees had actual knowledge that they were facilitating Epstein’s sexual abuse and sex-trafficking conspiracy to recruit, entice, harbor, transport, provide, obtain, and maintain young women and underage girls to engage in commercial sex acts through the means of force, threats of force, fraud, abuse of process, and coercion.

Despite this knowledge, JP Morgan intentionally paid for, concealed, facilitated and participated in Epstein’s and his co-conspirators’ violations of 18 U.S.C. § 1591(a), which JP Morgan knew and was in reckless disregard of the fact that Epstein and his co-conspirators would use its bank accounts and financial transactions to coerce, defraud, and force young women and underage girls to engage in commercial sex acts.

JP Morgan, through its employees and agents and their role in facilitating the financial aspect of Epstein’s enterprise, actively facilitated or participated in the sex-trafficking conspiracy in which Epstein and his co-conspirators led young women and underage girls in the Virgin Islands and elsewhere to believe that they would be rewarded if they cooperated with Epstein and his co-conspirators and acquiesced to their demands.

The bank kept Epstein as a client from 1998 through 2013 before finally severing ties.

Prosecutors say the concealment by JP Morgan of Epstein’s illicit activities continued until years after the bank was no longer benefitting from his business.

Attorney General George is asking the court for punitive and compensatory damages, civil penalties, that the court order JP Morgan to pay “appropriate fines” to the government, and that JP Morgan pay all money obtained through Epstein’s illegal network to the government. 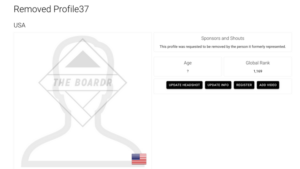